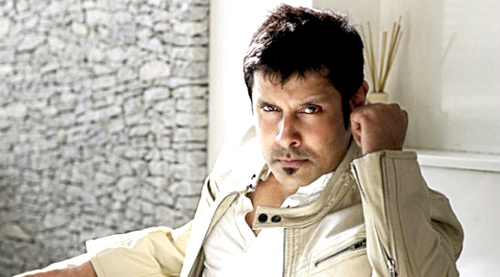 For the Hindi and Telugu versions of the eagerly awaited adventure-drama spectacle I leading man and maverick actor Vikram has not only dubbed the dialogues in his own voice he has also proudly retained his Tamilian accent in Hindi.


Explains Vikram, "It is set in Chennai...and no matter how hard I try there will be a South Indian accent, so why try to get rid of it? When we have Mr Rajinikanth or Mr Kamal Haasan in Hindi films, audiences expect their original voices because they know and recognize these voices."


Vikram feels characters need not shy away from accents. "My dialogue writer says when we have a Mexican character in an American film he will speak with a Mexican accent or he will look out of place. So why should I shy away from my Tamil accent in Hindi?"


Explaining the factors which necessitated his personal intervention in the two versions of I in Hindi and Telugu Vikram says, "There are things that my character has to say and do which my director and dialogue writer felt only I should convey in Telugu and Hindi. I was afraid that a dubbing artiste, no matter how good with his work, would not be able to get what I was trying to convey through my dialogues."


Vikram went to great lengths to find the right voice quality. "For one of the character in I, I actually held my throat and choked on my words while saying the dialogues. I'd dub for an hour at a stretch and then had to stop. I couldn't go on longer at a stretch."


It was the director who suggested Vikram do his own lines in other versions. "When Shankar Sir heard what I had done he insisted I dub in Telugu and Hindi. So I went through the whole process thrice over."


Opines Vikram, "It is always much better for every actor to do his own dialogues. For me 60 percent of my performance is in the spoken word. Even in Mani Ratnam's Raavan in the Tamil version I took my character to another level at the dubbing stage."


In the Hindi and Telugu versions of I some changes in the dialogue were necessary. "Sometimes one needs six words in Telugu in place of the four words in Tamil. Or just two words in Hindi in place of six words in Tamil or Telugu. The pauses are different. Most of the time the dubbing looks fake when the actor tries to use the same number of words in the dubbed language as the original. When I was dubbing into Telugu and Hindi the mood and tempo changed from the original Tamil, and that was fine."


I will be release in a multiplicity of languages.


"We're putting out full-fledged Hindi and Telugu versions of the film and dubbing into into Chinese, Japanese, Italian, French and Spanish. Language is no barrier in I. It is in fact the other way around. The more languages we have the less the spoken word matters," reveals Vikram.