Taarak Mehta Ka Ooltah Chashmah is one of the longest-running and popular sitcoms on TV. With several TV shows resuming shoots, fans of TMKOC are also eagerly awaiting for new episodes. Director Malav Rajda recently paid a visit to the sets of the show. 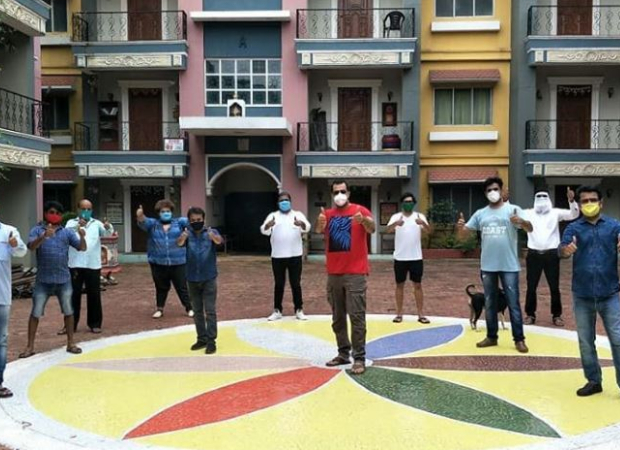 Malav visited the sets and even shared a few pictures of the set and said that the shooting has not begun yet. In the picture shared by Malav one can see the famous Gokuldham society in the backdrop. , "JUST A VISIT TO THE SETS...Friend shooting has not started yet...BUT HOPEFULLY IT WILL SOON....no dates decided yet…,"he wrote sharing the pictures from the sets.

JUST A VISIT TO THE SETS... Friends shooting has not started yet...BUT HOPEFULLY IT WILL SOON....no dates decided yet...

Going by the pictures, it looks like Rajda and his team were on the set to inspect it and see if they could begin the shoot safely.

Recently, actor Dilip Joshi who plays the role of Jethalal in the show, in an interview with a web portal spoke about resuming shoot. The actor said that he has missed his fans along with the Gokuldham family. Even though there are some little apprehensions, the cast and crew have faith in the production house to ensure top-notch safety to them. He further said that they are awaiting a green signal so that they can get back to entertaining their fans. Dilip further revealed that they had a basic meeting where the makers took the cast and crew’s opinion, and were confused as to how to go about the shoots since they are responsible for everyone on the sets.