Sutapa Sikdar, the wife of late actor Irrfan Khan and film producer, celebrated her birthday on Sunday with her sons Babil Khan and Ayaan Khan. Sutapa paid tribute to Irrfan on Facebook, writing an emotional essay on how the actor had forgotten her birthday throughout the years and how he didn't believe in commemorating the occasion. 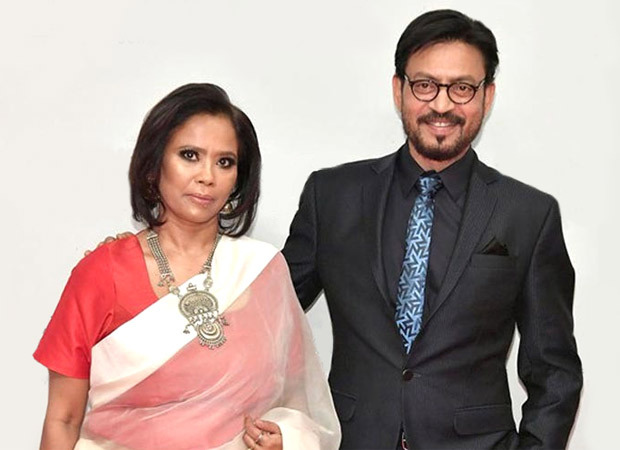 The post, which was initially written in Hindi, can be roughly translated as follows, “I finally forgive you, Irrfan, for forgetting my birthday all these years. And, to tell you that, night before last, I revisiting the memories of my past birthdays and your memories flared up, came right back to me. I remember being angry and hurt, and saying ‘tum nehi sudhroge’, and then finally happily accepting your reasoning on why you must have forgotten my birthday. We have laughed our way though, this year you were not around to do so, but only me and our boys (sons Babil and Ayaan).”

“I think, more than loving birthday celebrations, I wanted to be with you. But yesterday Surprisingly Babil and Ayaan did not forget my birthday. I wonder if you was you who whispered it in their dreams or else why would they conspire to celebrate. Cheers Irrfan !! I missed you like never before as we celebrated my birthday without you, both our boys gave me so much love, we remembered you so much! You didn’t believe in celebrating birthdays but you would be so happy to see them giving me so much of love!!” she added.

Babil had shared photos from his mother's birthday celebrations on Sunday. He had posted a video of the mother-son combo having a heartfelt discussion. He also posted a few photos of himself with Sutapa, along with the caption, “@djspersis made sure we celebrated mamma’s birthday this year and look at @sikdarsutapa cutie happy face.”