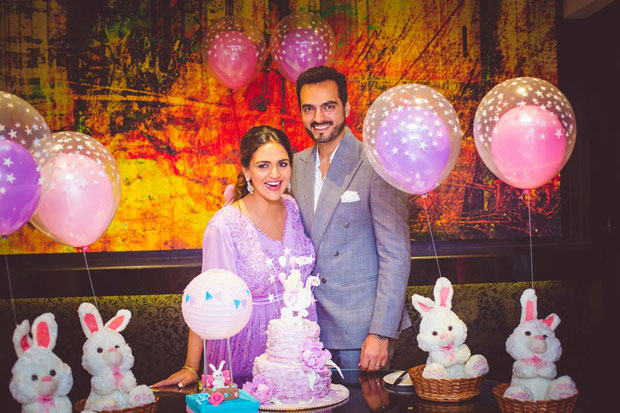 The Deol family has been thrilled ever since the daughter of the family and former actress Esha Deol announced her pregnancy. Recently, keeping up with the Sindhi rituals, Esha and her hubby Bharat Takhtani celebrated the former’s ‘Godh Bharai’ in a traditional manner and even tied the knot once again as per the customs.

And now we hear that Esha’s little sister Ahana Deol had different plans for her sister mom-to be and decided to celebrate her baby shower in a more modern way. She secretly planned it with her brother-in-law Bharat Takhtani, and got Esha’s measurements for a lavender chiffon lace vintage gown with floral embroidery, designed by their friend Designer Rocky S. 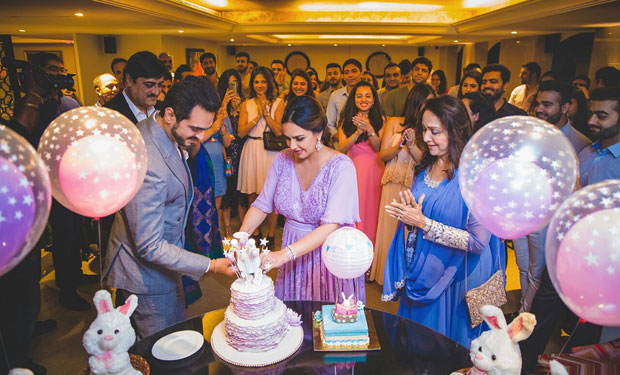 Ahana further went on to finalize a theme for the same and wanted to ensure that it would reflect the personality of the mom-to-be. Since Esha favourite colour is lavender, which also conveys a feeling of sophistication, the whole theme reflected the same.  Besides this, lavender also makes a great non-gender specific colour alternative. While as mentioned before Esha was dressed in lavender as per the theme, her hubby Bharat Takhtani’s suit was designed by Simply Simone. 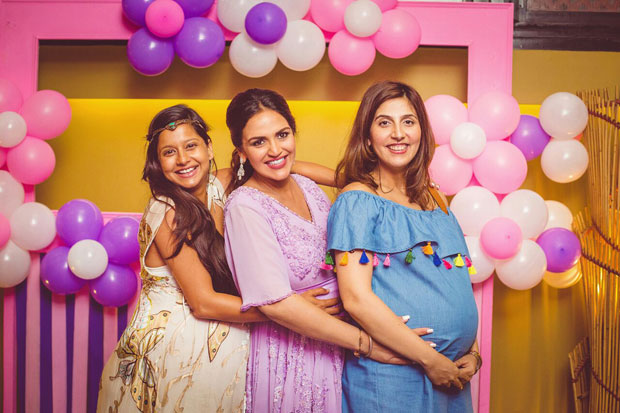 As for the details of the baby shower, it was hosted by Varun Kapoor, who is Esha and Ahana’s common school friend.  It was held at Sunny Handa's Z Residency and the music theme of the party was a blend of retro music from ‘70s to 90s. They planned it meticulously with a lavender themed invites, balloons, floral arrangements, assorted candies and personalized banners with a very special lavender based chocolate Belgium cake, with a miniature version of vintage perambulator on the top baked by Delicia. Exotic hydro-mocktails and cocktails, with authentic Awadhi and mughlai dishes were also served. 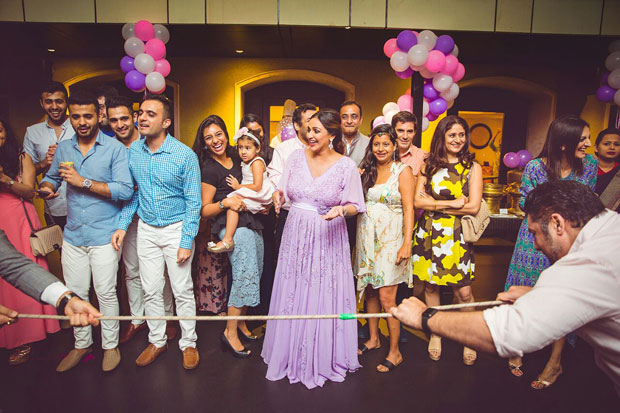 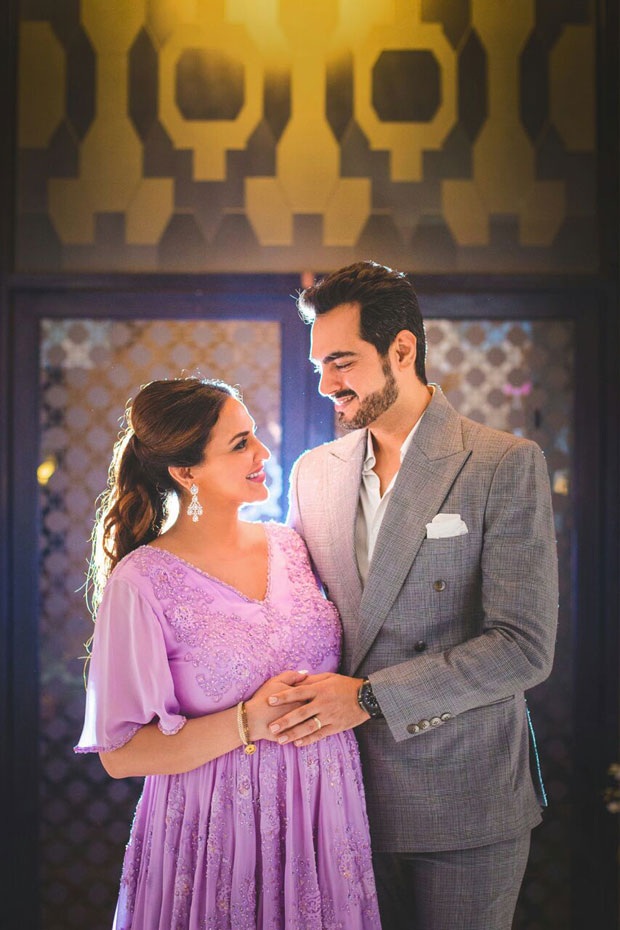 And playing the perfect host was Ahana also ensured return gifts for the guests like customised bracelets for all, pocket square for boys and scarf for girls, special double Chocó-chip and salted caramel cookies from the House of Cookies. 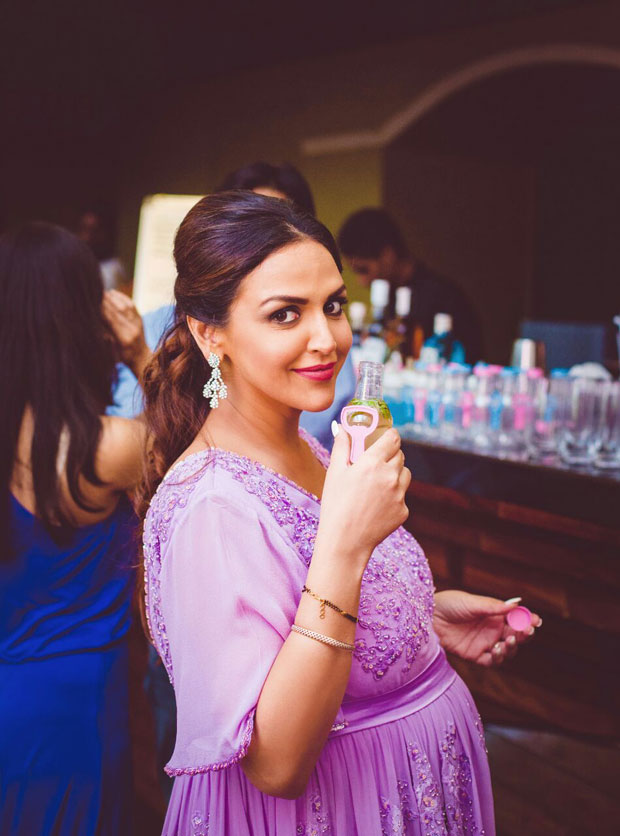 Talking about it, Ahana Deol said, “I wanted to do this for Esha because she threw a surprise baby shower party for me. So I decided to do the same for her. As sisters these are the fun girly moments in our life. Thanks to Bharat for sneakily getting me the measurements of Esha for the gown and managing to keep it a surprise for her.”