Another comedy is in works! Abhishek Sharma has another project in the pipeline starring Diljit Dosanjh, Manoj Bajpayee, Fatima Sana Shaikh. Titled Suraj Pe Mangal Bhari, the film will revolve around Diljit's character who is a groom whereas Manoj plays the role of a wedding detective. 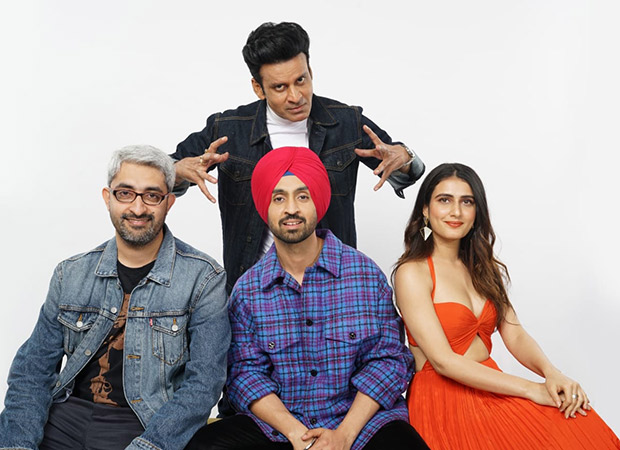 Abhishek Sharma developed the project keeping the two actors in mind. He revealed that Diljit plays the role of an eligible bachelor who is planning to get hitched. His character lands in the soup when he meets a wedding detective played by Manoj Bajpayee. The film is an interesting comedy with a heavy dose of satire as Fatima Sana Shaikh adds the third element.

Speaking about the film, director Abhishek Sharma said, “Suraj Pe Mangal Bhari is a unique family comedy that draws humour from the quirks of its refreshing yet relatable characters. The world is set in the innocence of 1990s when there was no social media or mobile phones. With awesome actors like Diljit, Manoj, Fatima, and a fantastic ensemble cast, I am sure we will be able to create an entertaining narrative for our family audience. I am proud and excited to be associated with Zee Studios’ first in-house production. It’s a start-to-finish schedule; we start shooting on January 6 till mid-March and release it before year-end”.

Shariq Patel, CEO, Zee Studios shared, “It’s a new and unique concept, a mad family comedy with a powerful cast that will definitely entertain the audiences! We are happy to associate with Abhishek as the captain of this ship; excited to begin our journey next month!”

Set in the melodious era of 90’s Mumbai, this hilarious family entertainer with an incredible ensemble cast promises to leave you in splits. The film will go on floor on January 6, 2020.

ALSO READ: Diljit Dosanjh says he does not earn much in Bollywood; relies on singing career for his bread and butter