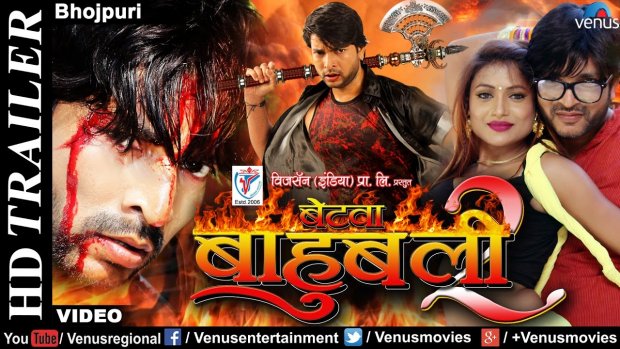 It all started in the year 2015 when the whole of the film industry was treated to an ethereal experience called Baahubali: The Beginning, a film that not just broke the language barrier, but also, went onto break records galore at the Box-Office. This was followed by the film’s sequel Baahubali 2: The Conclusion, which released this year. This film, yet again proved to be a goldmine at the Box-Office for its makers.

We really wonder what do Prabhas and Baahubali’s director S. S. Rajamouli have to say about their Bhojpuri counterpart!