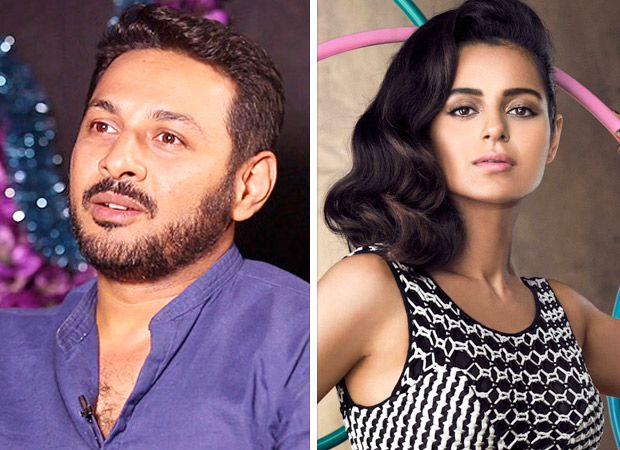 The all-out war between writer-editor Apurva Asrani and Kangana Ranaut-Hansal Mehta over the writing credits of Mehta’s new film Simran has taken a new turn with Kangana’s interview to huffingtonpost.com where she has explained why it was necessary according to her, for her to step in to contribute as writer. In a clearly defamatory tone she trashes Apurva’s writing abilities calling him, in not so many words, incompetent and unqualified. Apurva, who is looking after his hospitalized father who underwent heart surgery, surfaces long enough to challenge Kangana’s outrageous comments.

How did you react to the interview when you read it?
I was shocked to read her interview. It was an arrogant mix of insecurity, desperation and most of all nepotism!

Interesting that you feel her attitude is nepotistic since she has been crying herself hoarse over the issue?
She said that she wielded her power over the producers to get me sacked as the editor. She even accused me of threatening her! This is defamatory to say the least. If she speaks so lowly of writers, you can imagine what she must have done to the director.

But where is you dear friend Hansal Mehta? I’ve seen the two of you together since you wrote his Chhal 20 years ago?
Hansal has really hurt me. He's nowhere in the picture to defend his team or film. I was going to respond to her crass words in detail, but then god intervened in the form of Ketan Mehta and slapped her with a legal notice. I hope other filmmakers find the courage to speak up about how abusive a woman she is.

Her comments about you are very damaging to your career. She says, and I quote, ‘I realised this isn't a writer who matches my expectations. And when I inquired about his previous writing work, I realised he hadn't done them.’ This is defamatory?
If a writer who I respect says that, I will surely introspect. Someone who has never written a word saying that should not be taken seriously. Even my cook and the paanwala has an opinion on scripts and movies. Let them first write a script themselves, get it made and then we can have a proper discussion

Another writer Samir Gautam has come forward in Hansal Mehta’s favour calling himself the real writer of Hansal’s Shahid whom you denied any credit?
In 2012, returning from Bangalore from exile and without work, I began working on Shahid. I didn't have the power or the clout to demand credits like Kangana does. Nor do I today clearly. It was Hansal Mehta who decided to credit me for Additional Screenplay for Shahid. Of course, my name and his—yes he gave himself that credit to-- came after the writers. He even gave many interviews citing why. I feel sad that after five years, they have woken up to drag such a beautiful film into the dirt. Mr Mehta and co. still haven't responded to my questions about Simran though. Instead they have started working overtime to character-assassinate me.