Sunaina Roshan and Hrithik Roshan share a pretty great bond.  Sunaina Roshan has been through a broken marriage, battled depression, diabetes and hypertension, undergone bariatric surgery, sought psychiatric help and survived cervical cancer. The actor has been nothing but very supporting brother during the tragic times. Now, Sunaina Roshan has taken to her blog to talk about her brother and how her relationship with him as changed over the course of time. 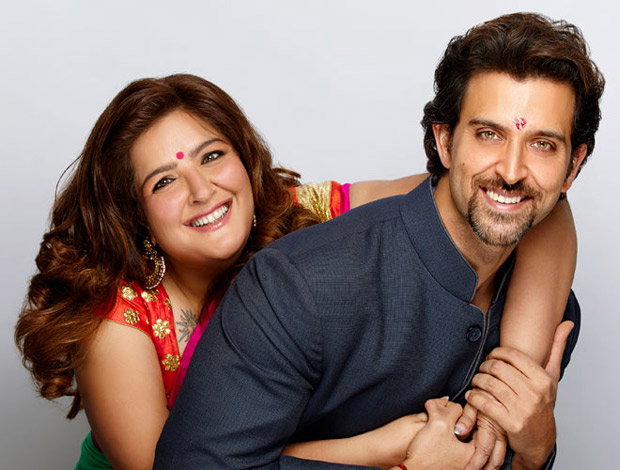 It is a known fact that Hrithik Roshan dealt with stammering and struggled with genetic disorder while growing up. Talking about his passion of dancing and how he overcame this hurdle during his growing years, she wrote, "For Hrithik, dancing has been a passion since childhood, something that came to him easily. He worshipped Michael Jackson and would enjoy watching him and learning from him. However, he would shy away from performing in front of the family or close friends. While somewhere I had realized that he aspired to be an Actor, he revealed it only when post his graduation Dad wanted him to go abroad for further studies and he refused telling Dad that he was ready to face the camera and that he wanted to be an actor. He was stubborn as a kid and till date he is stubborn. Once he convinces himself of what he wants to do, there is no way any one can shake him up. Probably that’s why he has a strong will power to cross all hurdles. His first setback came early during his preparation days for the debut film. One day his back went into a spasm and was told by doctors that he had a genetic disorder. They told him to forget about becoming an actor because it was a major issue and if he jumped or danced or did action in movies he could be in a wheelchair in 5 years. He was heartbroken at the age of 21, But my brother did not give up… he went to all the doctors possible and when science gave up on him, he gave up on science, instead he starting reading books and researching day and night, basically self-teaching and self-manifesting what he wanted.  He has always been unstoppable and he believes that if you have the persistence and determination to achieve your goals, nothing can stop you from succeeding."

Hrithik also used to a kid who stammered. It was a difficult time for him. Speaking about it, Sunaina added, "He defeated another major hurdle in life and that was overcoming or rather finding a way to live with his stammer. He says it has been his greatest battle. I remember watching him at the age of 13 as he would sit and read aloud for hours, sometimes alone in the bathroom every single day, morning and night without fail. For 22 years I saw him do this.  He would record his voice and play it back again and again day after day, year after year to know what words had to be worked upon and he would practice those over and over till he got it right. He had a small board up in his room with those Hindi words on it and would keep repeating them every chance he got. He looked like a person determined to learn how to talk without ever feeling like he was a victim. Sometimes, he would shout his lines out so loud that you could hear him from the street below the building. He was possessed by his will to succeed and He Did!"

Sunaina Roshan further talked about Hrithik Roshan’s dedication for his work. From his Kaho Naa Pyaar Hai days to Kaabil, she thinks that he puts all of efforts in his films. “Duggu has always been very dedicated and I still see the same dedication (if not more) in all he does as it was when he was preparing himself for his launch movie Kaho Na Pyar Hai. He would not miss a day of gym even if it would be at 1 am post his tiring day. I remember even when he was down with Viral; he would work out because gymming gives him a high. He understands the responsibility as an actor and coming from a producer, director’s family background values the cost and efforts that a Producer puts in for any project. That’s why while shooting for a song in his debut movie despite of having 103 fever, he shot for it, with a doctor on standby at the sets. I too have worked with him on three movies- Kites, Krrish and Kaabil. He gets into his role completely so much so that he lives his character day in and day out. An interesting fact about him is that he uses a different Cologne for each of his characters and never uses it again. When he was preparing for his role for Krrish, he had two different perfumes, particular to his characters of Rohit (Son) and Krishna (Father), in the film. My brother today is a very patient and calm person but there was a time when he would get mad if anything ruined his hair. Once his hair is set, no one dare touches it else the person would get jacked under the ire of Hrithik. I’m so happy to see duggu so free of all insecurities today, how much he has evolved,” she added. 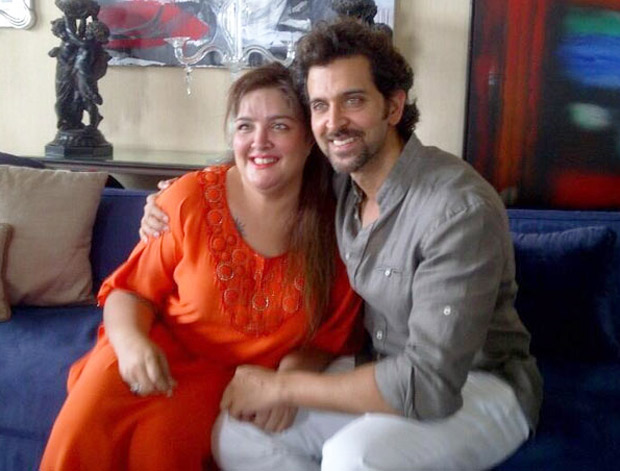 Hrithik Roshan was diagnosed with Subdural Hematoma and the entire family was in major stress during this difficult time. Speaking about his dedication for work even during this time, she revealed, "Hrithik is such a kind person with a pure soul and I love him the most in the family. One thing that always strikes me is that I have never heard him talk bad about anyone or about anyone’s movies or work. He trusts people and gives them all a benefit of doubt. He is an introvert and keeps his emotions and his own pain to himself. I have never seen him nor heard him complaining about life. I remember the morning when I was told he had a clot in his brain (Subdural Hematoma) and would have to undergo surgery immediately. I was in my room and he was sitting outside… I was numb for a few seconds not knowing how I would have the courage to face him and see him in pain. We must have gone to about two three doctors on the same day and one constant line he would ask the doctor, “how much time will it take to recover? I have to be back on the sets of a shoot.”

On the work front, Hrithik Roshan recently began shooting for YRF’s untitled film with Tiger Shroff which is being helmed by Siddharth Anand. The film stars Vaani Kapoor in the leading role.