Kannada superstar Kichcha Sudeep is starring in the highly awaited film, Pehlwaan. The film's trailer was released earlier this week. It is a desi family entertainer with super-stylized action, bouts of comedy and hi-octane drama brings back the superhit actor-director duo of Sudeep and S Krishna together for the second time after their blockbuster success of Hebbuli. 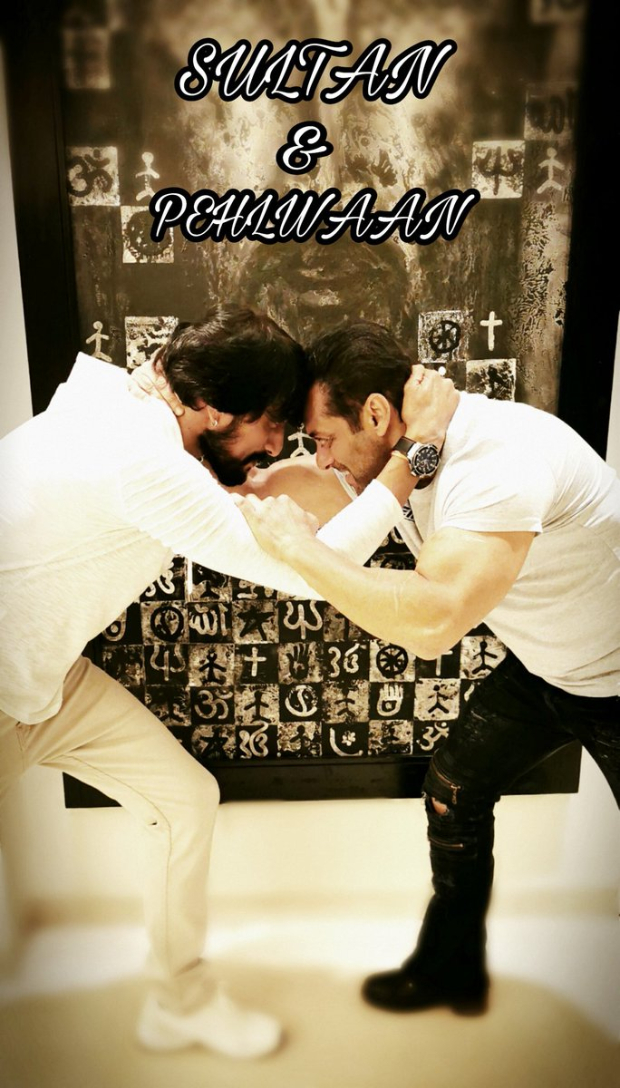 With the audience's support, Sudeep also receiving the support of his Dabangg 3 co-star Salman Khan. It is no secret that the actor is set to play the villain in Salman starrer. Sharing a photo with Salman Khan aka Sultan himself, Kichcha Sudeep is seen wrestling him. The caption on the photo read, "No this isn't another poster ....This is jus how he bonds if he luvs. Thank u @BeingSalmanKhan sir. For the place u have given me in ur life. Im honoured & blessed.#pailwaan."

Zee Studios has joined hands with RRR Motion Pictures to present the upcoming highly-anticipated action drama Pehlwaan headlined by Kannada superstar Sudeep and Bollywood star Suniel Shetty, who marks his debut in Kannada films. The studio will release the film in 5 languages—Hindi, Kannada, Tamil, Telugu and Malayalam in non-South Indian markets. The studio will also release the film in Nepal and Bhutan. Makers will announce the release date soon.

Directed by S Krishna, the much ambitious action drama is a universal story of a wrestler who fights for pride, love and his sport, the film also stars Sushant Singh, Aakanksha Singh among others.