Veteran Filmmaker Subhash Ghai on Wednesday shared an old picture from 1990s of top stars participating in the Anti- Drug Campaign. The post has been shared by the filmmaker amidst the arrest of Shah Ruk Khan's son Aryan Khan in an alleged rave party. 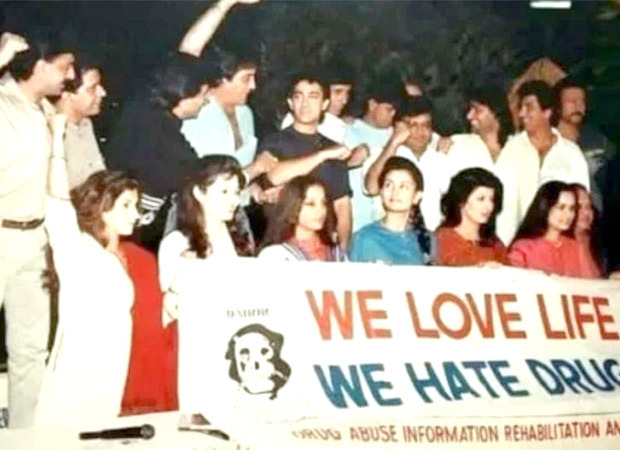 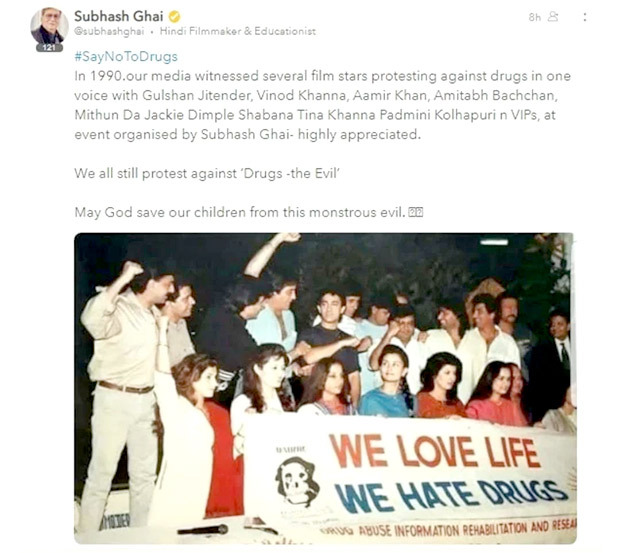 Aryan Khan was arrested by the Narcotics Control Bureau after a raid at an alleged rave party on a cruise ship off the coast of Mumbai. He was arrested with two others on Sunday and has been remanded in NCB custody till October 7.