While interacting with his students of Whistling Woods International where actor Madhuri Dixit was a guest, Subhash Ghai showered praises on her and admitted that she was his best student ever. 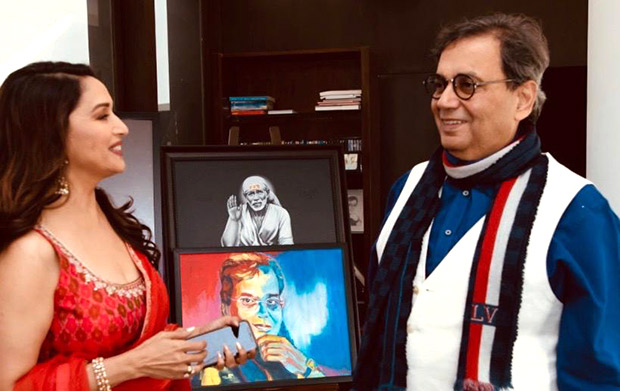 Madhuri Dixit, after her first film Abodh which was a debacle, met Subhash Ghai who instantly signed her for a three-film deal and made them blockbusters like Ram Lakhan, Prem Diwan and Khalnayak with her.
Madhuri admitted in a recent interview that she learnt a lot from Subhashji as a new actor in Ram Lakhan and got one of her best roles in Khalnayak.

"She is one of the best actors we have in the industry and today I am so proud of her achievements. Today she runs an online dancing school and I run an international school in film making and allied courses," Ghai said.

Watch: Madhuri Dixit had the perfect…