Upcoming biopic of the brave soldier, the Param Vir Chakra recipient, Subedar Joginder Singh has always wooed the audiences with its par excellence releases. If we retrospect, the very first look of Gippy Grewal, from the film had stormed the internet then. Today, with the release of the first official poster from the film, it has once again banged the digital world! 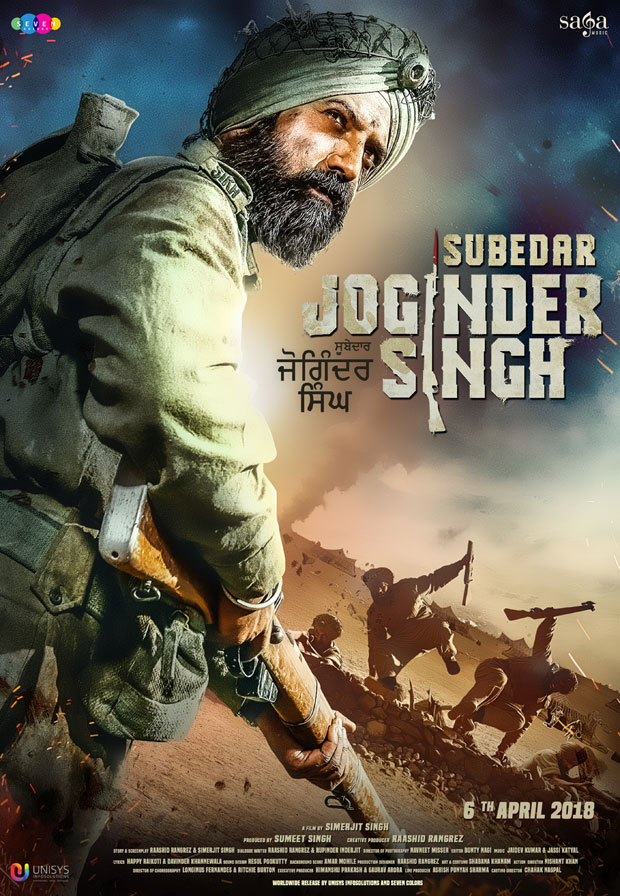 The first poster from the film looks gripping, and has mounted the expectations with regards to the film. The much talked about film, Subedar Joginder Singh, is the biopic of the brave soldier who was commanding a platoon of 21 Sikh soldiers, and got martyred while combating thousands of Chinese during the Sino-Indian War of 1962. His undying spirit and unabated courage is a true inspiration for all. He was decorated with the highest wartime gallantry award Param Vir Chakra, posthumously.

The film has been shot at the vulnerable terrains of Drass, Kargil, Guwahati, and in the melting temperature of Suratgarh. The makers are all set to release the trailer of the film on March 8, 2018.

Film will hit the silver screens on April 6, 2018 worldwide.

"I was running too fast, lockdown has given…

Janhvi Kapoor on Dhadak – “I think I lacked…

Janhvi Kapoor - "I am the happiest when I am…