It is known that Parineeti Chopra is currently shooting for Vipul Amrutlal Shah's upcoming directorial Namaste England. The film stars Parineeti Chopra opposite Arjun Kapoor. They are currently in Patiala on their second schedule of the shoot. 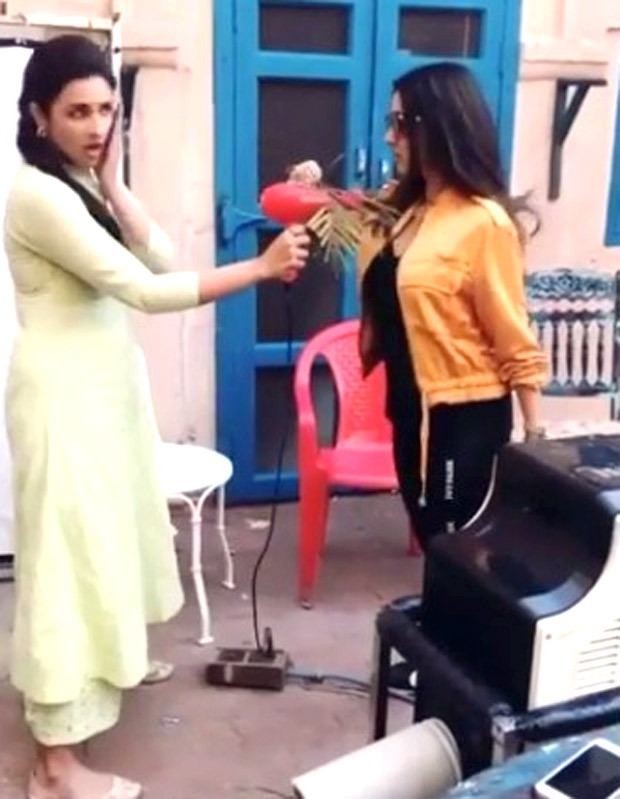 Parineeti Chopra has been sharing quite a few glimpses from the sets of the film. She recently made a cute yet hilarious video with her stylist Sanjana Batra. The girls are pretty close to each other and often share funny glimpses on their social media. In the video, we can see Parineeti holding a hair dryer as Sanjana is seen hitting her with leaves. Parineeti captioned the video saying, ‘Hit me up. And she did.’ But, Sanjana's caption was funny. She wrote, "Slapping some sense into @parineetichopra."

Vipul Amrutlal Shah’s Namaste England is a young and refreshing story that traces the journey of two individuals Jasmeet and Param. It tracks their love story across the landscapes of India and Europe. Starting from Punjab and moving to Ludhiana, Amritsar, Dhaka and all the way to Paris followed by Brussels and finally to London. It’s a fun quintessential Bollywood film starring Arjun Kapoor and Parineeti Chopra. The film is scheduled to hit the theatres on December 7, 2018.

Also Read: Parineeti is having sleepless nights and here’s why!