Karan Johar had been making films with Shah Rukh Khan right from his debut flick Kuch Kuch Hota Hai before he decided to do something different. He took over the mantle of being a mentor and launched three careers with Varun Dhawan, Alia Bhatt and Sidharth Malhotra making their debut with Student of the Year. 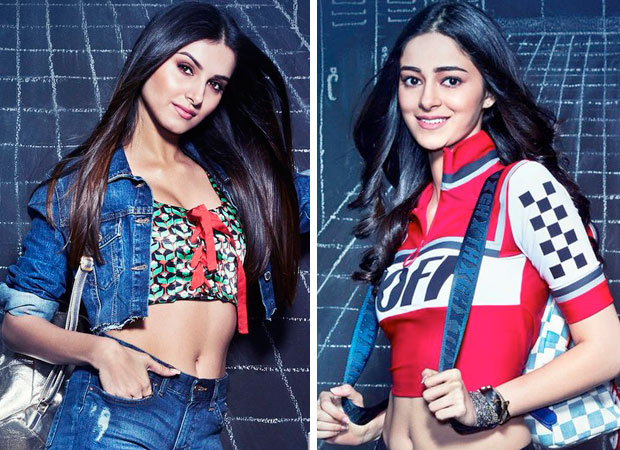 Now he has passed on the reins to his protégé Punit Malhotra in whom he has entrusted the responsibility of launching two careers, Tara Sutaria and Anya Pandey. Of course there is cushion in the form of Tiger Shroff, who is a star in his own right, courtesy blockbuster success Baaghi 2 behind him. However, Punit had his own set of battles to fight as with Student of the Year 2, he has to shrug away the disappointment of Gori Tere Pyaar Mein.

"Well, I can say here that being a Dharma boy, Punit comes with just the kind of sensibilities that you need to carry forward the franchise of Student of the Year," says Tara, "He is someone so very young and understands this campus world better than most other directors. This is the reason why he is directing our film; he gets the whole 'latka jhatka' thing so well."

While Tara still had acting experience, courtesy her stint with Disney for her teenager shows till a few years ago, Ananya Pandey is an absolute newcomer and hence needed all the support and guidance from Punit to get it all right in front of the camera.

"Punit has been extremely wonderful all this while and has held our hand so that we give our best," says Ananya, "Moreover, Karan has just let Punit be himself. Once the script was okayed by Karan, there was no interference whatsoever. Of course, he was always there if we needed help but then he was never hounding us. He came on the sets just a couple of times. He wanted Punit to breathe and do his own thing."

Chips in Tara, "Yeah, exactly. Together, the four of us - Punit, Tiger, Ananya and I - are taking forward Karan's baby with Student of the Year 2."

Meanwhile Ananya is hoping that things take off well for her and Tara, just like it did for Varun Dhawan, Alia Bhatt and Sidharth Malhotra with Student of the Year.

"The three of them enjoy such great fan following. Who wouldn't love that? Punit has given it all with the film and made us also deliver our best. Hope it works out perfectly for all of us," smiles Ananya before signing off.