After impressing the audience with her performance in Stree last year, Shraddha Kapoor is all set to take over 2019 with her upcoming projects as she kickstarts her next Street Dancer 3D with director Remo Dsouza in London. The actress shared a happy photo with the film's director Remo on her Instagram handle and captioned it, "Leaning on the right shoulder @remodsouza Paving the way #StreetDancer3D #Day1Done." Later, even Remo shared the same photo and wrote, "With my lovely actor @shraddhakapoor." 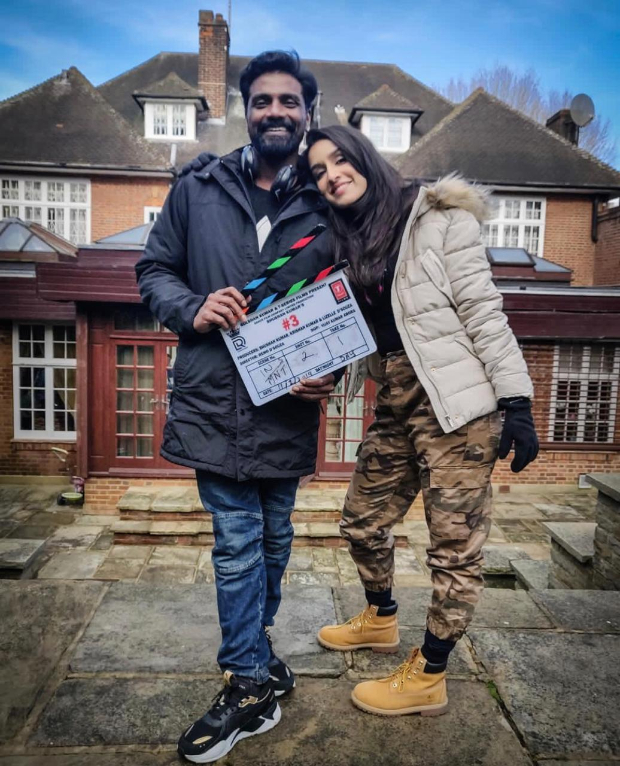 The actress was shooting in Hyderabad for Saaho. After wrapping up the shoot, the actress flew to London for her the shoot. Before leaving for London, Shraddha made sure that she spends some time with family since she has been continuously shooting so she hardly gets time to spend with family.

Shraddha Kapoor took to her social media and penned her feelings upon it saying, "Shoot for Saaho, Flight to Mumbai, Home for an hour. Met parents and Shyloh, Flight to London, Landed and straight to set, Street Dancer time!!! It's been crazy hectic but it's worth it when you love every second of it! #LivingTheDream #Gratitude #Magic" 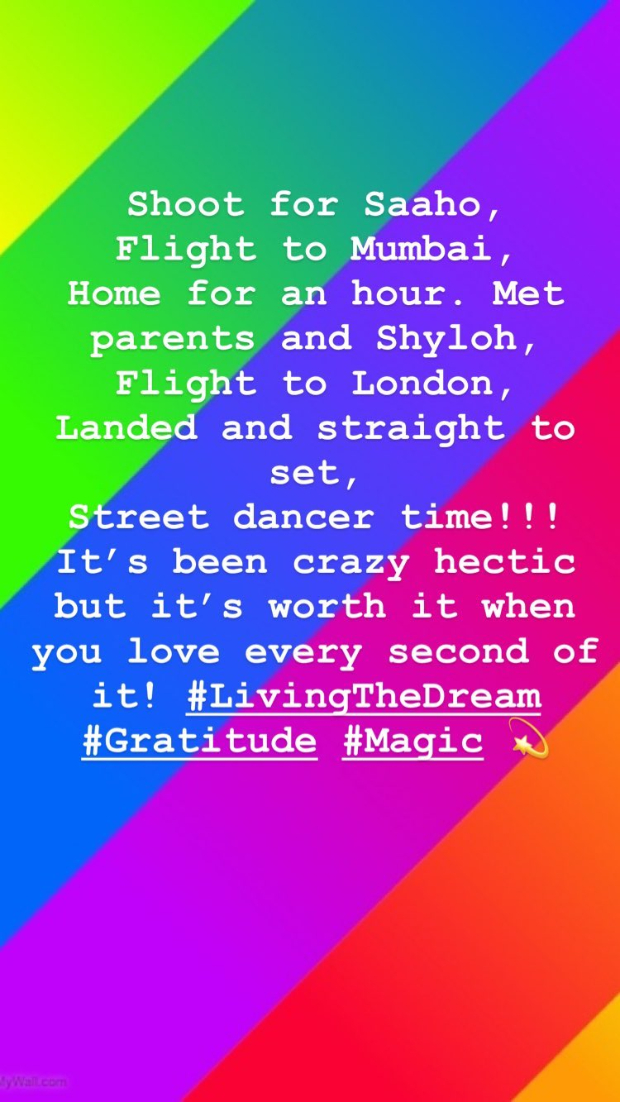 Earlier this morning, Shraddha Kapoor shared the news of she reuniting with the Sajid Nadiadwala as she will be seen pairing alongside Tiger Shroff in Baaghi 3. The actress is on a shooting spree and is leaving no stone unturned to ace her characters for all her films. In fact, the actress trains for 1.5 hours every day without any break and is doing dance rehearsals for 3 hours and to learning the new language for Saaho.

On the work front, after the success of Stree, Shraddha Kapoor will be seen essaying varied characters in her upcoming films Saaho, Chhicchore, Street Dancer 3D and Baaghi 3.