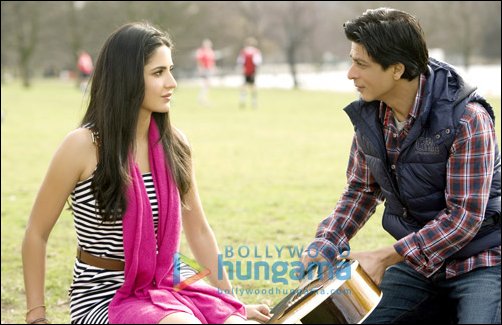 His return to filmmaking may just be the one phenomenon that the entire industry is waiting for, but Yash Chopra is taking his time with his film starring Shah Rukh Khan, Katrina Kaif and Anushka Sharma. The veteran filmmaker's next directorial venture started shooting in London on the 22nd of Feb 2012.

Bollywood Hungama brings its surfers a sneak peak at the first look pictures of Shah Rukh and Katrina shooting on location. This yet untitled movie will mark the coming together yet again of the award winning duo of the music maestro A. R. Rahman and the poet and lyricist, Gulzar.

The film is scheduled for a Diwali 2012 release.