Supermodel-turned-actress Jung Ho Yeon’s fame is skyrocketing with the commercial success of the Netflix Show Squid Games! The show is a big hit amongst everyone and social media is flooded with memes and posts about the show. 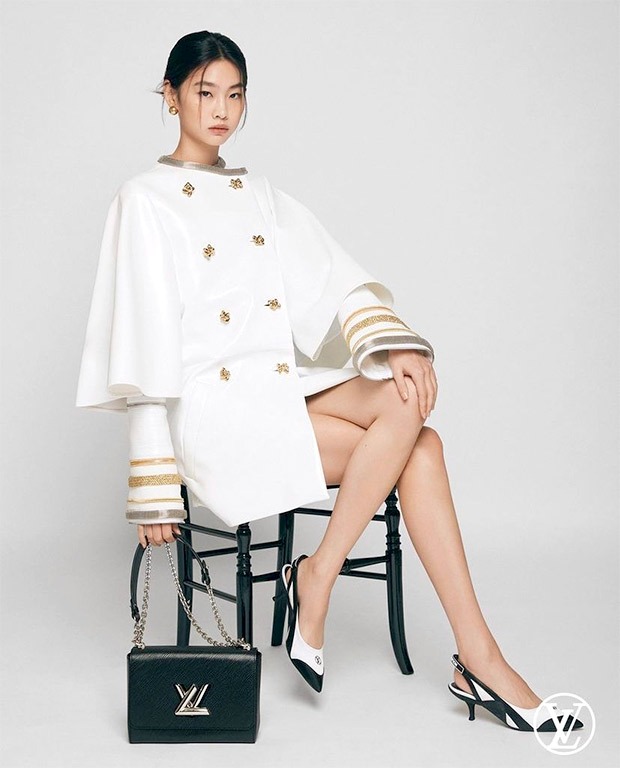 The South Korean series has grabbed attention worldwide. The latest rage on Netflix is about the rich taking advantage of those in need of money by pitting them against each other in deadly games with a jackpot to be won!

Jung Ho Yeon has joined as new Global House Ambassador for Fashion, Watches and Jewelry. She made a stunning appearance on the official instagram handle of the designer brand. In the campaign shot, she is seen dressed in a structured white blazer dress with exaggerated sleeves and heavy gold buttons, threads and a chinese collar. She paired the dress with the classic Louis Vuitton LV Twist Bag with black and white slingback heels. Her makeup was fresh with her hair in a messy bun with a few hair framing her face.

She had walked for the fashion house for the first time in 2017 for the ready to wear campaign and is back with the luxury brand as their latest global ambassador.