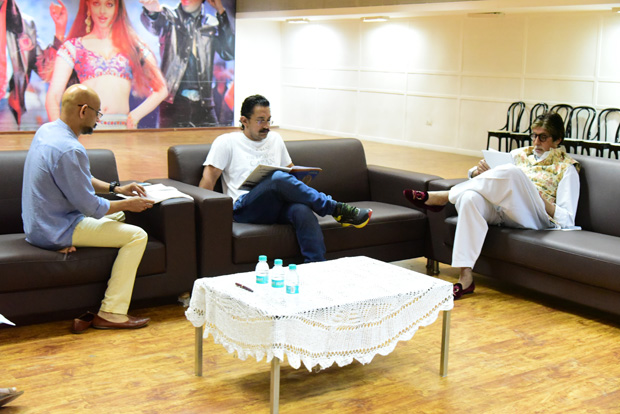 For the first time ever, Yash Raj Films managed a casting coup of sorts bringing together superstar Aamir Khan as well as iconic megastar Amitabh Bachchan in the same film, Thugs Of Hindostan. Considering their popularity, the film has already been in news since its inception and now we received a glimpse of the two actors prepping for the same.

Aamir Khan recently took to social media to announce the final addition to the star cast which was Katrina Kaif. Now, Amitabh Bachchan and the actor were spotted dedicating their time to the script reading session for Thugs Of Hindostan and explaining it to them was the director of the film Vijay Krishna Acharya aka Victor.

Besides the trio, the film also stars Dangal girl Fatima Sana Sheikh in a prominent role who has already started learning sword fighting for the film. Readers may recall that Thugs of Hindostan is a period drama and is slated to release during Diwali next year.