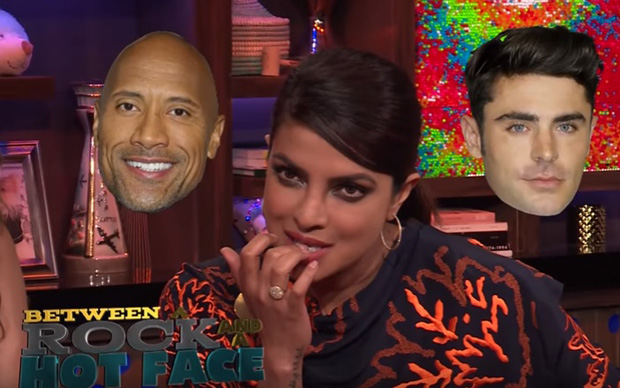 Priyanka Chopra is currently on the promotional tour for her upcoming Hollywood debut, Baywatch. The film has quite a buzz around it as it inspired from David Hasselhoff and Pamela Anderson's hit TV series Baywatch. 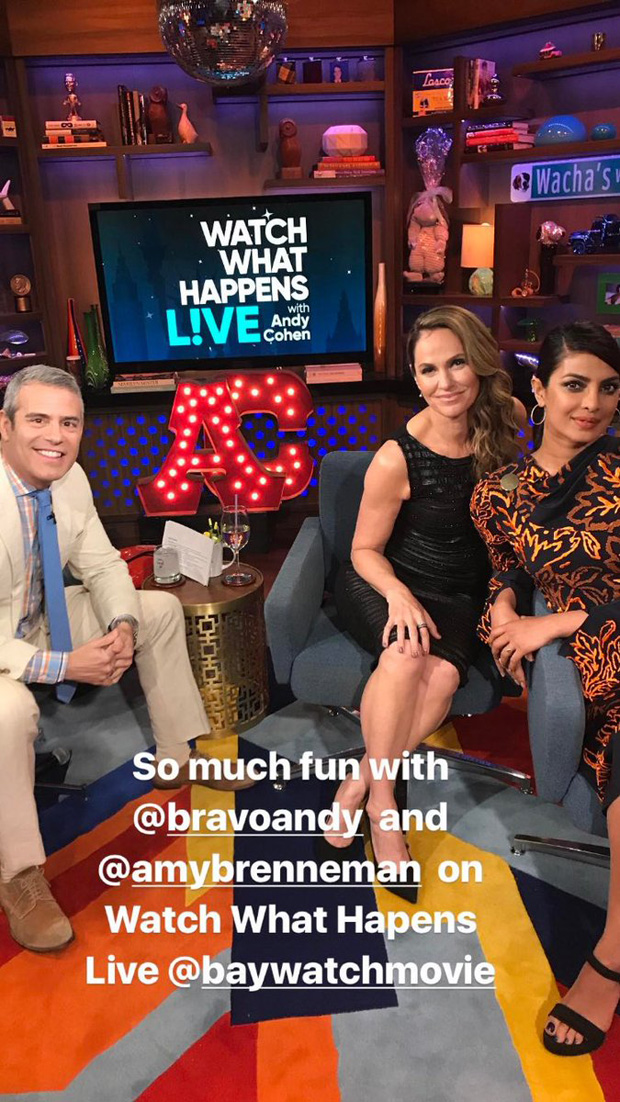 On Tuesday morning, Priyanka Chopra returned to New York City after almost week-long promotions in Miami followed by a grand premiere. Her first stop was at Andy Cohen's talk show, Watch What Happens Live. This was her second appearance on the show. She was accompanied by The Leftovers star Amy Brenneman. 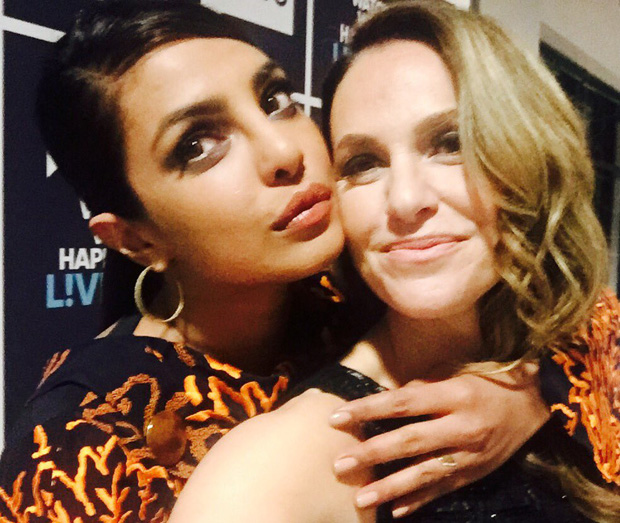 Andy Cohen straight away dived into the rising rumours about Priyanka dating Nick Jonas. The rumour mill started when both of them attended Met Gala 2017 together. Andy asked, "Any possibility of you dating Nick Jonas?" Priyanka clearly dodged the question.

Then, it was all about her Baywatch co-stars Dwayne Johnson and Zac Efron. From talking about abs, to who has a bigger trailer/ package, Andy was going for Priyanka to take the plunge to answer some mildly inappropriate questions.

On the work front, Priyanka Chopra is making her debut as antagonist named Victoria Leeds in Baywatch. It stars Dwayne Johnson, Zac Efron, and Alexandra Daddario among others. It is scheduled to release on June 2 in India and May 25 in the United States.