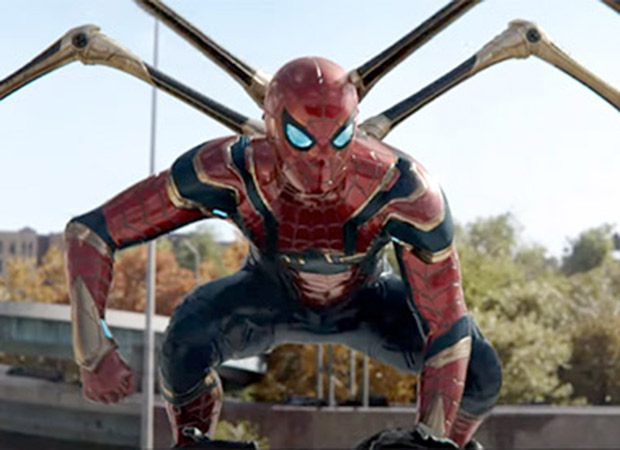 The trailer begins with Peter dealing with the fallout from 2019's Spider-Man: Far From Home, in which Jake Gyllenhaal's Mysterio exposed his secret identity to the world. So he turns to his Avengers ally Doctor Strange for a magical assist, making it so that Peter's identity was never revealed at all. But as Peter soon learns, mucking about with magic and timelines can have disastrous consequences.

The trailer teases the return of some familiar faces — including Zendaya as M.J., Jacob Batalon as Ned, and Marisa Tomei as Aunt May but it also gives best look of a few familiar foes. Alfred Molina and Willem Dafoe are back, reprising their roles as Doctor Octopus and Green Goblin respectively from the Tobey Maguire movies, as is Jamie Foxx's Electro who first popped up in the Andrew Garfield era. The trailer also teases the first look at Thomas Haden Church's Sandman from Spider-Man 3 and Rhys Ifans' Lizard from The Amazing Spider-Man.

On Tuesday evening, Holland surprised the fans at a launch event in Los Angeles, screening the trailer for the first time and teasing No Way Home as "the most cinematic and theatrical superhero movie that has ever been made."

“This isn't just the culmination of my Spider-Man era,” Holland told the audience. “We have villains coming from three different universes, reprising their roles, bringing them back to life. For me as an actor and as a huge fan of Spider-Man, it has been such a massive pleasure performing in this film and working with these legends.”

After the trailer ended and the lights came up, visibly emotional Holland took a moment to collect himself and thank the fans for their enthusiasm, wiping tears from his eyes. He reflected on how his life has changed since he was first cast at the age of 18, and how he remembers standing in his garden and receiving a call from Marvel Studios president Kevin Feige, telling him he landed the role.

At a #SpiderManNoWayHome fan event, where they just screened the trailer for us. When the lights came up, Tom Holland was visibly emotional at the fan reaction. pic.twitter.com/DFeliwPciU

During an audience Q&A, Holland remained tight-lipped, dodging spoiler questions, but he hinted that the trailer was just "the tip of the iceberg" and that "there is so much more in this movie." He also opened up about fighting against Molina, calling him "one of the greatest people I've ever worked with," and he admitted to fully geeking out the first time he met Dafoe, instinctively thinking, "Oh my God, it's the Green Goblin."

Spider-Man: No Way Home is directed by Jon Watts and is set to hits theaters on Dec. 17.

Also Read: Tom Holland on Spider-Man: No Way Home: “We were all treating the film as the end of a franchise”