Pakistani actor Adnan Siddiqui who acted with Sridevi in her last film Mom is devastated by the news of her death. He was one of the first few to reach the hotel after she passed away. While speaking to us exclusively from Dubai, he said, "It's a collective loss. Sajal Aly who also acted in the film, used to call her mom after, her mother passed away. When Sajal's mother passed away, Sridevi rang her up and said that you're my daughter. Where ever we would go as family, you will come with us. And now within a year, her god mother also passed away." 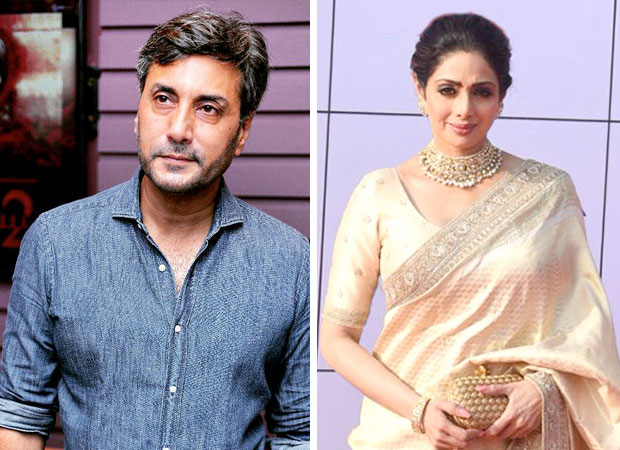 "I'll be the last actor she acted with and I feel honoured, but I'm devastated. I will cherish her as a person. People talk about her as an actor, I knew her as a person because we stayed in Georgia for a month. She was an introvert but she was very caring, and she was such a warm host. I feel over whelmed; in fact I didn't even get a chance to return the warmth and hospitality she had offered when I was there."

He also added that, "Janhavi's movie will release soon and it's a sad moment that she wouldn't be able to see her daughter's debut."

Recalling his last meeting with Sridevi 3 days back, he said, "I had specially flown in from Pakistan to meet her. Boney Sahab and Sri ma'am invited me for the wedding. Sri ma'am wanted to meet me, because we had not met after Mom released. I landed at around 11pm and called Boney Sahab and I told him that I will change and come to the function. Is it even worth coming? Wouldn't the function be over by then? Boney Sahab said even if the function gets over, we will wait for you. Sri ma'am wants to meet you. So I changed and then drove for two hours to Rais-Al-Khaimah. When I reached I met Sri ma'am and Boney Sahab. She looked so elegant. She spoke to me for some time and then she said, Adnan now I'm going to rest in my room."

"I've learnt one thing from her, that however big a star you become, you should be down to earth. I was one of the first few to reach the hotel when she passed away, I couldn't see Boney Sahab crying. He was crying like a baby. I was with him till 5am."

"They always treated me like family and for me also Boney Sahab is like an elder brother. A journalist texted me to ask if the news was true and then I called Boney Sahab. Unfortunately it was true."

Recalling his visit to India he said, "my father was from UP and while we were shooting Sri ma'am and Boney Sahab made arrangements for my visa to visit my father’s homeland. I visited Ghazipur, Azamgarh, Banaras, Agra, Ajmer and Jaipur. I just hope that Allah gives her daughters and the family strength to bear the loss. When I spoke to Sajal yesterday, she was also crying. There would never be another one like her and I will miss her. She was a one of a kind."

"But you know what's the most unfortunate and sad part, I wouldn't be able to attend her funeral. No matter what the relationship of the two countries is, art should come above all," he signed off.

Also Read: “She was like a mother to me” – Sajal Aly