Ajay Devgn will have a cameo in Akshay Kumar starrer Sooryavanshi. Rohit Shetty has extended his cop-universe from Singham franchise to Ranveer Singh's Simmba and now Akshay's cop drama. The filmmaker even shot a climax with all three actors in Hyderabad just few months ago. While Akshay had a cameo in Simmba in the post-credits scene, he never meets Ajay's character but they are seen having a conversation over the phone. 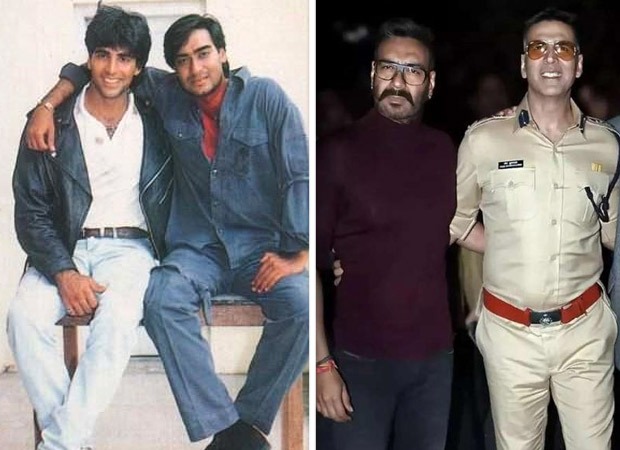 But, Sooryavanshi won't be the first time Ajay Devgn will be sharing screen space with Akshay Kumar. They have worked together in Suhaag and Khakee. While working on Rohit's cop - actioner, the actor did feel nostalgic. Speaking about their reunion, Ajay said that it was getting back to where they had left. They would often talk about the good old days.

Sooryavanshi, directed by Rohit Shetty and starring Katrina Kaif, is set to release on March 27, 2020.

ALSO READ: After Tanhaji: The Unsung Warrior, Ajay Devgn is ready with next story in warrior franchise