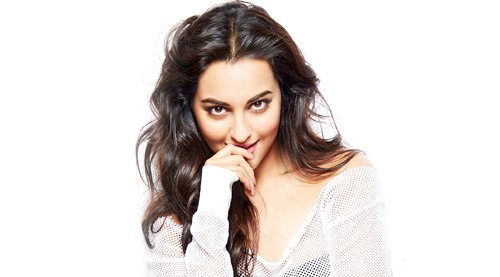 Have you seen the latest promotion of Indian Idol Junior, and have had the uncontrollable feeling of going 'aww' at the cuteness. Don't worry you are not the only one that couldn't resist the chulbulness of the chemistry between Sonakshi Sinha and the little kid. If the response to its video on youtube is something to go by, then an overwhelming 1.5 million views were recorded in less than 4 days.

It sure was cuteness overloaded with Sonakshi Sinha, who is making her TV debut with the singing reality show slated to start from May 30, seen with a 'Jr. Chulbul Pandey' in the first promo of the show. The little kid not only floored us with his Dabangg style but Sonakshi too was at her charming best.

Sonakshi sure seems as much excited for this show as her fans.

In fact the actress recently tweeted, "Thanks 4 the amazing response on the #IndianIdolJrTrailer guys! so kicked that u'll r SO excited about it! Now i'm even MORE charged up". And this is just the beginning. If sources are to be believed, the other two promos in the series will showcase the different qualities of Sonakshi. Commenting on the series of promotion, Sonakshi sure seems confident, "When you're about to step into an entirely new territory, there's always some nervousness, but the response to the first promo has been tremendous! All the nerves have calmed down and I am waiting for the next 2 promos to break, because they're as fun as the first one!"

Gaurav Seth, the Senior Vice President for Marketing, Sony Entertainment Television said "We're thrilled with the response to our Indian Idol Junior promo. The thought that kids today are supreme entertainers in their own right is what we attempted to capture and I think with Sonakshi's presence, the promo has just gone to the next level."