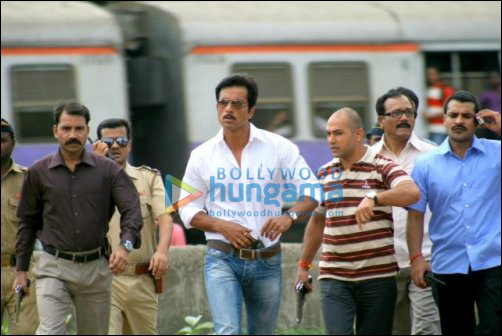 He created waves with his image of the proverbial villain in Dabangg. And now Sonu Sood is busy with his next film Maximum. The film which is directed by Kabeer Kaushik stars Naseeruddin Shah, Neha Dhupia and Vinay Pathak in addition to Sood.


Sonu Sood will be seen playing a cop in the film. We came across this image from the film in which Sonu look dapper in white shirt and denims. Tweeting about the same, he says, "One of my most fav shots of "Maximum". Wanted to share with u guys. :-)".


Maximum is slated for release this June.

Sonu Sood on the sets of Maximum