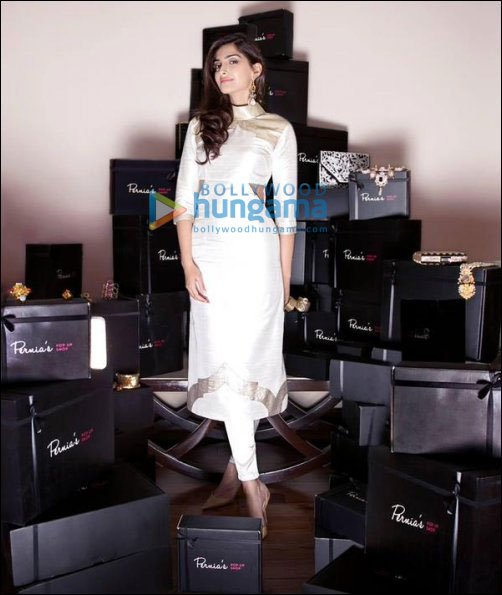 Actress and international fashion icon, Sonam Kapoor, has collaborated with stylist Pernia Qureshi's Pop-Up Shop to retail garments from her personal wardrobe on the website, proceeds of which will go towards the Smile Foundation.


Sonam Kapoor who has long been associated with the Smile Foundation, an NGO that focuses on helping underprivileged children and youth across twenty five states in the country, partners with Pop-Up Shop as pieces from her personal wardrobe will be up on sale for charity.


Says Sonam Kapoor, "I love the outfits that Pernia and I selected from my wardrobe. I have worn these once, most probably and not more than that. It's as good as new and 100 percent of the proceeds will go to the charity. So you're shopping and you don't need to feel guilty about it."


Not ending at that, Sonam Kapoor will also do a similar auction to help women suffering from breast cancer. She will be posting the outfits that will be auctioned on social networking sites and the funds collected will be donated to the NGO, Ogaan Foundation. According to her, it is very important to deal with this issue and create awareness about the disease, tests and maintaining a healthy lifestyle. She also further added that detecting cancer at an early stage will help fight it.