Actress Sonam Kapoor came back to India from London a few weeks ago and daddy Anil Kapoor had come to pick his daughter at the airport. The father-daughter duo had an emotional reunion and Soonam burst into tears seeing her father after a long gap. Their airport pictures became viral and looking at her loose outfit some speculated that the actress might be expecting. Fans started flooding the social media handles of the actress with good wishes and congratulated her. The Raanjhanaa actress had enough of the rumors going around with her pregnancy and posted an Instagram story to shut up the speculations. 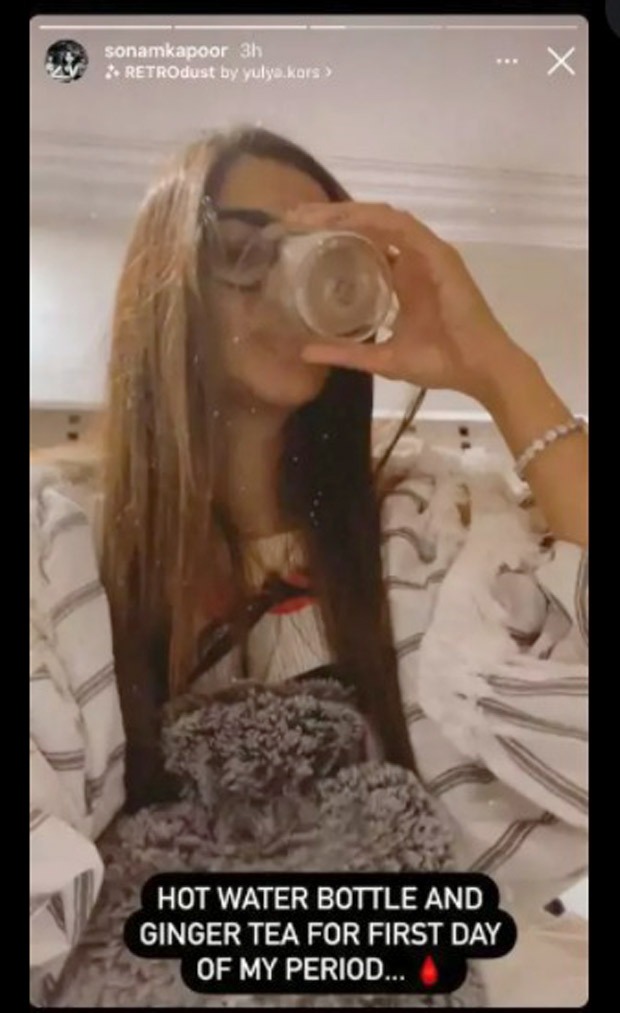 Sonam uploaded an Instagram story where she is seen drinking something and mentioned," Hot water bottle and Ginger tea for first day of my period". She clarified that she is on her periods and having ginger tea and hot water to get relief from the pain. She can be seen in a white dress with black borders and silenced everyone with her post on periods.

The 36-year-old actress made her comeback to India after a year of staying in London with her husband Anand Ahuja. The actress has been a part of interesting movies like Raanjhanaa, Bhaag Milkha Bhaag, Prem Ratan Dhan Payo, Neerja, Pad Man, Veere Di Wedding, Sanju and Ek Ladki Ko Dekha Toh Aisa Laga. She will next be seen in a crime thriller film titled Blind directed by Shome Makhija and produced by Sujoy Ghosh opposite Purab Kohli, Vinay Pathak, and Lillete Dubey.