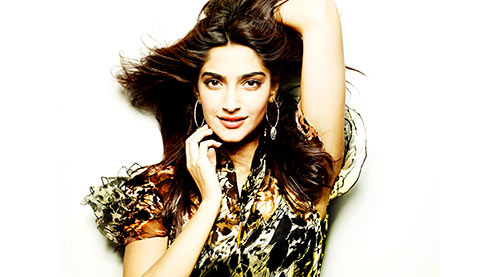 The very chic Sonam Kapoor, who was lately hospitalized due to respiratory problem, was in Paris last month to attend Armani's Fashion Show 2015.


Sonam Kapoor tries to make light of the honour saying, "It was nothing much. Armani invited me and I was more than willing to go. It was their Couture show to celebrate the 40th anniversary of Armani. I was very happy to be part of their amazing journey. And to get to wear their beautiful clothes was just an added bonus."


Interestingly, Sonam Kapoor sensed a lot of positivity about India and Indian politics in the Parisian beau monde. "Yes, there's a sea-change in the way people outside view us and our country now. We have a new global image to sustain."


Sonam feels it's not about the new political party at the Centre. "It's more to do with the way the young people in India are showing an increased political awareness. There was about 60 percent voting in Delhi this time. And that's amazing. We're being seen as a responsible people by outsiders."


Sonam Kapoor however didn't carry the burden of representing the country in Paris. "I just went there to have fun. I think it's very important to celebrate yourself. Only then can others celebrate you. I don't like to put pressure on myself about being representational. It was just about wearing good clothes, nothing more. I went to Paris just to have fun."