The wedding festivities of the very fashionable couple, Sonam Kapoor and Anand Ahuja are underway. The three-day affair witnessed a close-knit Mehendi ceremony at Anil Kapoor’s residence last night! Tonight, the sangeet and Mehendi ceremonies for both families and the crème la crème of tinsel town were held at the Signature Island in BKC, Mumbai. When the bonafide fashionista gets hitched, it’s certainly a seriously fashionable affair! Making it a memorable one, the reigning theme for the festivities tonight was the fabulous and classy white – the subtle hue that’s synonymous with summer splendour and calm. The white brigade were led by the adorable couple who twinned in matching ivory ensembles, grinning from ear to ear and flaunting that visible wedding glow! Making a stunning style statement in white were Sonam’s cousins – Janhvi Kapoor, Khushi Kapoor, Anshula Kapoor, Shanaya Kapoor. Additionally, Sonam’s BFF’s Swara Bhasker, Jacqueline Fernandez, Katrina Kaif too made those riveting statements in white. The men, too, notched up the ante in whites, cutting out a dapper picture and included Varun Dhawan and Harshvardhan Kapoor. Arjun Kapoor adhered to the theme, albeit a quirky twist. But, it was Karan Johar who showcased his sartorial take on the theme, bringing oodles of florals and that signature pout.

Here is a closer look at the pre-wedding festivities of Sonam Kapoor and Anand Ahuja. 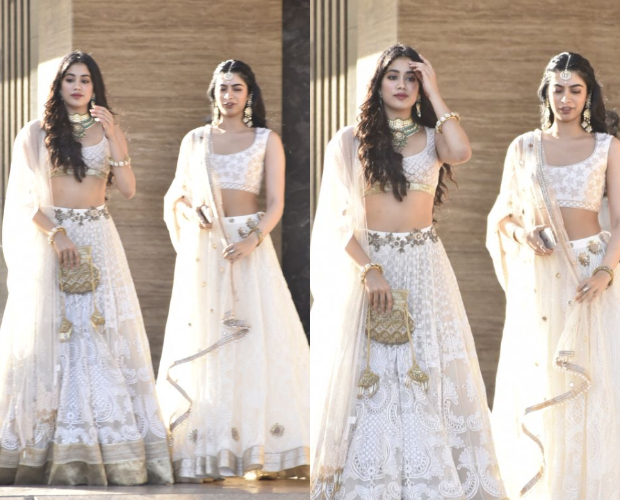 Janhvi chose an ivory Tarun Tahiliani ensemble with jewellery from Khurana Jewellery House. A potli by Bhumika Grover was a worthy accessory as she rounded out the sleek look with soft wavy hair left open and dewy makeup. 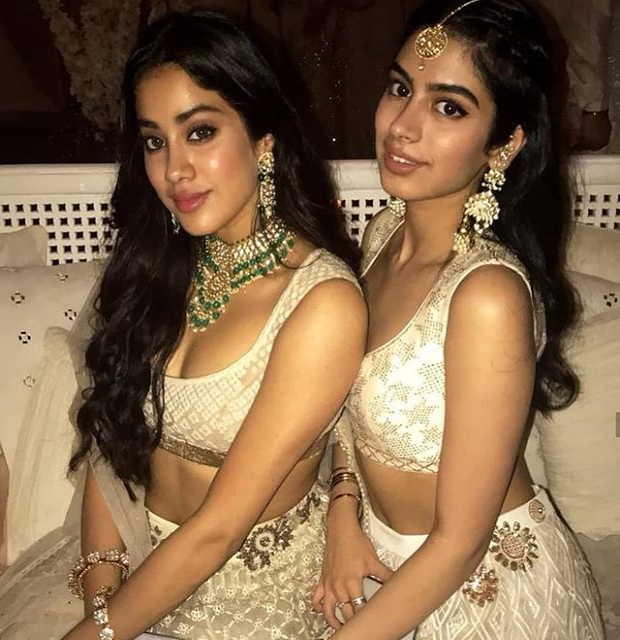 Khushi, too, chose a lehenga by Tarun Tahiliani with jewellery from Birdhichand Ghanshyamdas. She rounded out the look with subtle makeup and a half-updo. 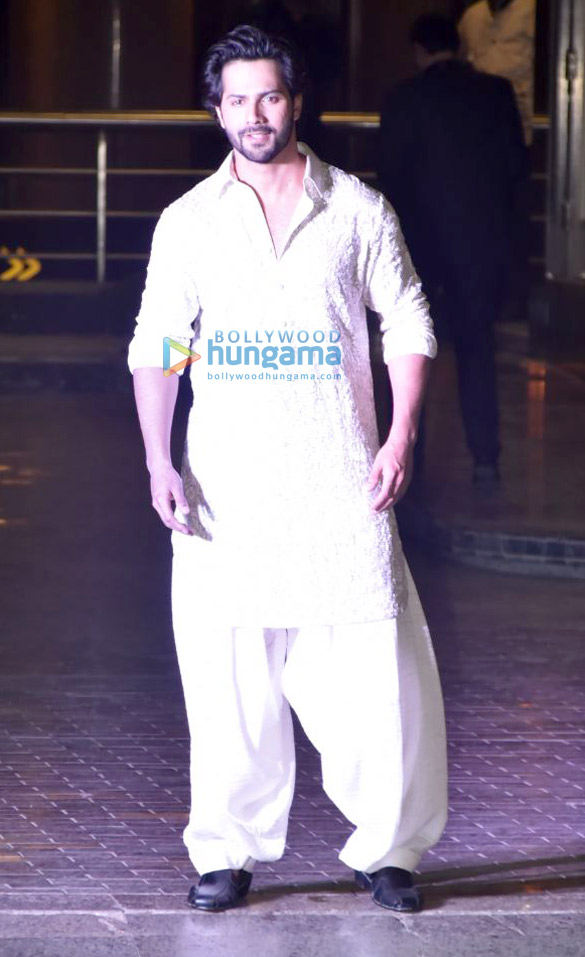 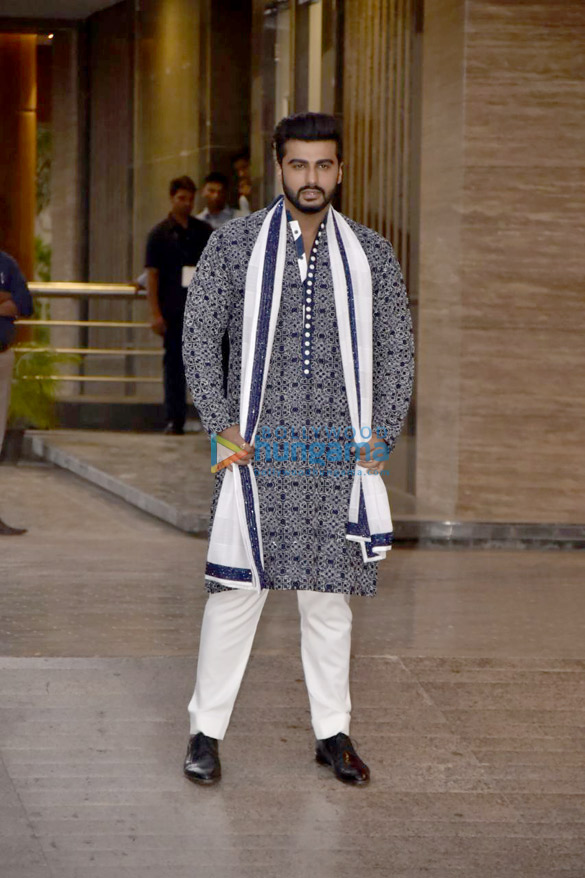 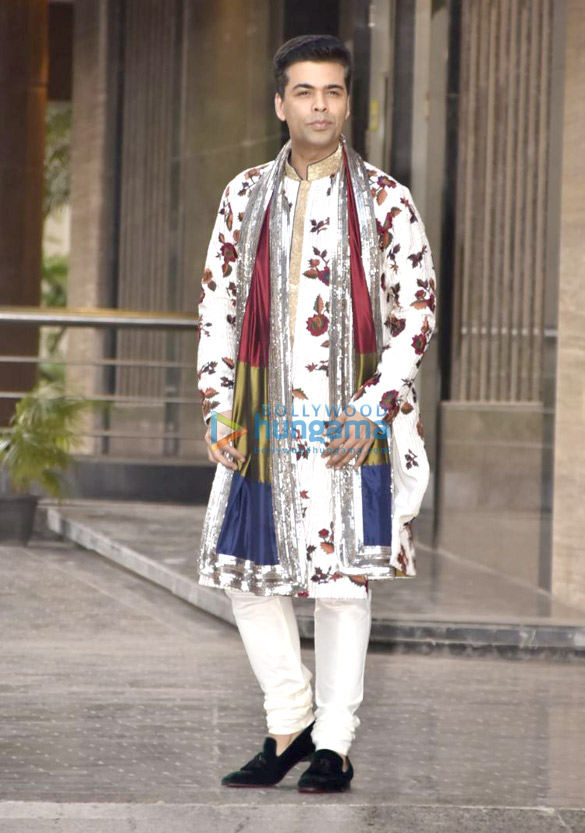 Karan Johar stole the accolades with his snazzy floral overload – kurta and pyjama. 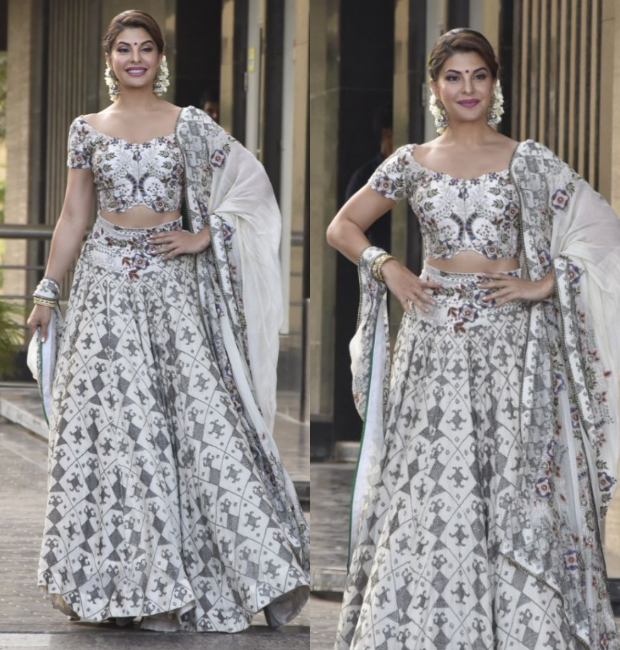 Jacqueline picked out an Anamika Khanna ensemble with a gajra adorned updo, minimal makeup and bangles. 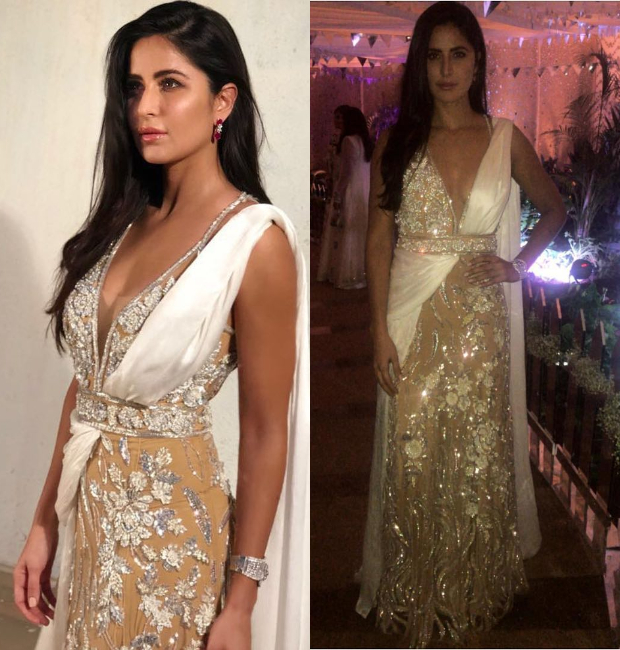 These ladies picked out embellished and embroidered Manish Malhotra ensembles to flaunt their petite frames. 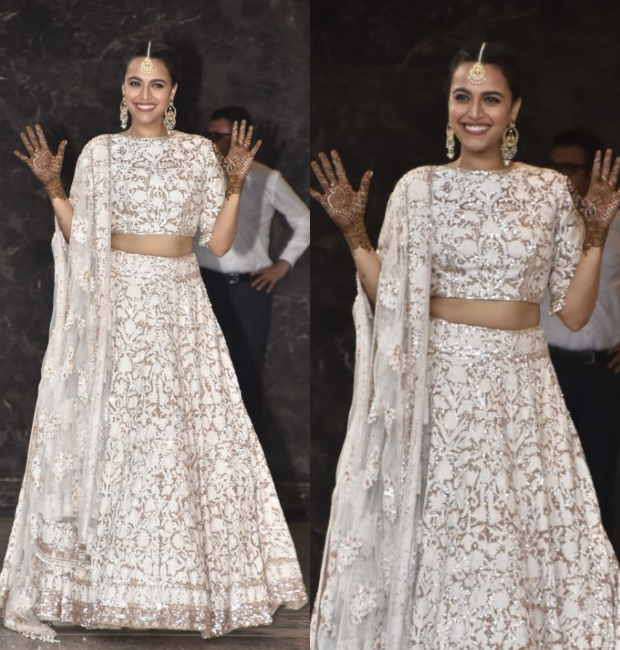 While Katrina opted for a nude makeup and soft wavy hair, Swara opted for some heavy jewellery and a tight updo. 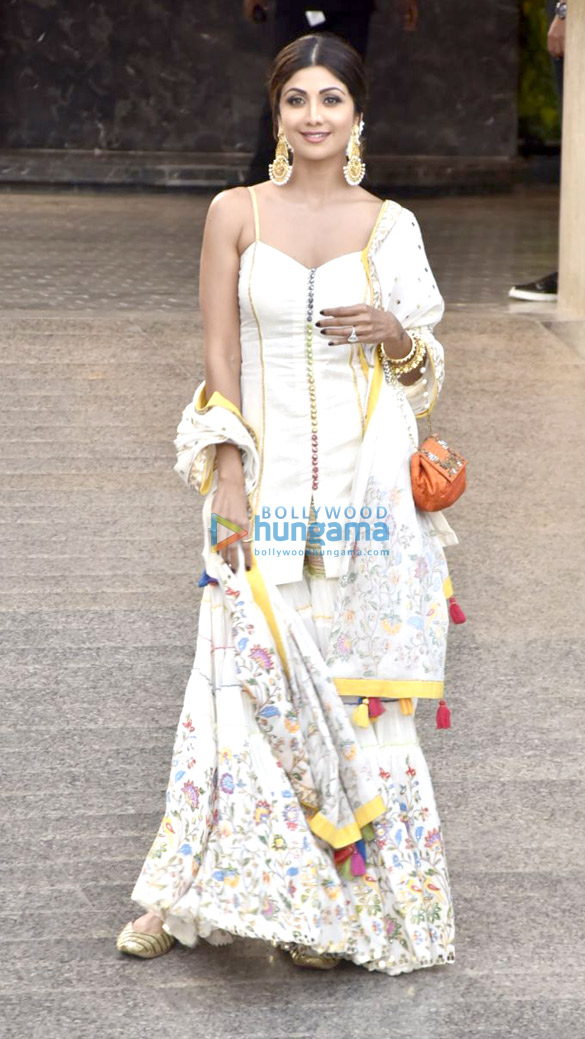 Shilpa chose a Sukriti and Aarkriti ensemble featuring a cami kurta and palazzos with floral print. Earrings from Amrapali, potli from Azotiique and juttis from Fizzy Goblet complimented her elegant updo and minimal makeup.

The much-in-love couple, Sonam Kapoor and Anand Ahuja, is all set to tie the knot on May 8th morning at her Aunt Kavita Singh’s plush bungalow Rockdale in Bandra. The diva is scheduled to head towards the feted Cannes International Film Festival and make those oh-so astounding appearances on May 12 and May 13. Post-Cannes, Sonam will begin shooting for Shelly Dhar’s Ek Ladki Ko Dekha Toh Aisa Laga. She will simultaneously promote her upcoming movie, Veere Di Wedding with her girl gang of Kareena Kapoor Khan, Swara Bhasker and Shikha Talsania.