Sonam Kapoor Ahuja has been promoting her upcoming film, The Zoya Factor, opposite Dulquer Salman where she plays the role of a lucky charm for the Indian cricket team. The actress has already announced that she will be sporting the colour red throughout the promotions because it signifies good luck. The actress has been sporting some gorgeous outfits for the promotions and we can’t wait to see more of her. 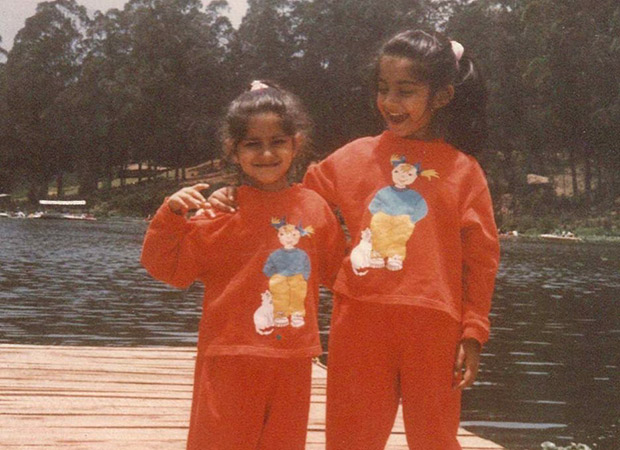 Sonam usually shares some adorable throwback pictures from her childhood and this time, she shared a childhood picture of herself with Rhea Kapoor where the two are wearing matching clothes and are posing by the lake. Sonam captioned the picture as, “Being a lucky charm in red even as a kid! #ThrowbackThursday #TheZoyaFactor @rheakapoor”

Being a lucky charm in red even as a kid! #ThrowbackThursday #TheZoyaFactor @rheakapoor

The Zoya Factor is slated to release on September 20.