Sonali Bendre, who has been championing the cause of cancer after she survived the life-threatening ailment, recently shared her journey in-depth at the 5th International Conference CAHOCON 2019. CAHO aka Consortium of Accredited Health Organization recently planned a press conference where the actress not only decided to speak from her own experience but she also advised women to take care of their health and to pay proper attention to signs. 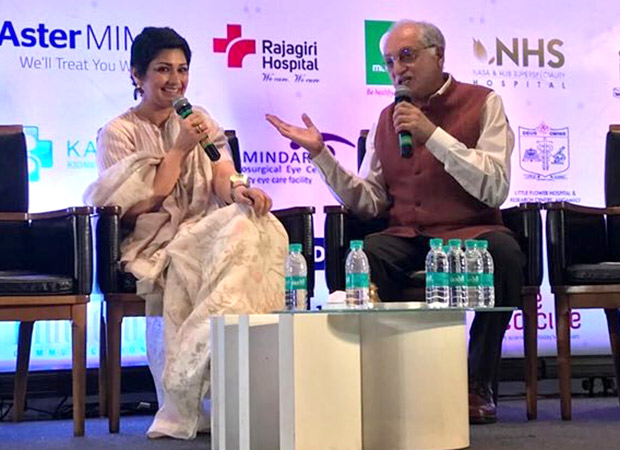 During the press conference, Sonali Bendre insisted on paying attention to the body and its minute symptoms. The actress asked everyone, especially women, to not ignore pains or aches that they have and to pay due attention to health. She further elaborated on it saying, “Early detection is the most important thing where this disease is concerned. Because, our medicine industry is such an stage that if detected early such invasive treatment can be avoided. Right now, I think that the disease is somewhat less scarier than the treatment you go through for it.”

She added, “The treatment is actually more frightening and more painful. Had I detected early there were more chances of it costing me lesser, I would have gone through less painful treatments and I would have had more options where treatment is concerned.”

The former actress recalled the moment when she decided to speak about cancer openly on social media. She stated about how massive was the response she had received and how the disease was so prevalent in every strata of society.  Sonali also conveyed that she wishes to start more awareness so that people are more open to talk about it and help others undergoing similar conditions.

Sonali, who is quite active on social media, took to Instagram to share a post from CAHOCON 2019 saying, “Information, awareness, and action. That’s what I needed during my diagnosis, and I believe everybody should have access to. Our hospitals have the critical amenities and affordable facilities needed. But not a lot of people know about it. My conversation with Dr. Puri at #CAHOCON2019 revolved around this issue. Thank you making me a part of this amazing dialogue.”

Also Read: Sonali Bendre OPENS up about the emotional turmoil she underwent before going BALD