Sonali Bendre has been putting a brave front while fighting metastatic cancer. Meanwhile, she is enjoying moments of her life with family and close friends who have been a big support system for her. The actress, who loves reading books, revealed that her eyesight had become weak due to chemotherapy. She was afraid about it but assured her fans that she is fine now and ready to read her next book. 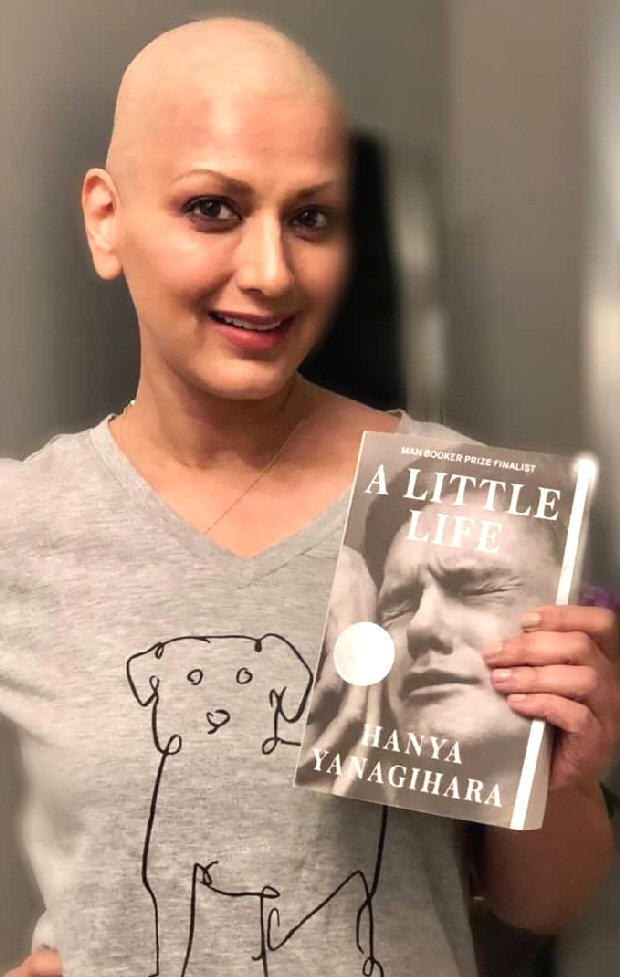 Sonali, who is an avid book lover and would often host book club events, revealed her about her next book "A Little Life" that she is planning to start as the last took a while. Sharing a picture of herself flaunting her bald look, she wrote, "Time to announce the next book! The last one took a while, as my eyesight was doing strange things due to the chemo and I couldn't read for a while. Was panicking a bit, but now all is well again! Whew! The next book for SBC is set in the city I'm currently in, New York... it's called A Little Life by @hanyayanagihara. It's been nominated for so many literary awards and is a story of friendship and ambition. We've read books with female friendships before, but this is our first one on friendship among boys... Should be interesting. Can't wait to start reading it, and I hope you read it with me too."

The book’s author, Hanya Yanagihara, also commented on the post and thanked her for referring her book to her fans. It was in September that Sonali Bendre had shared her bald look for the very first time.