Filmmaker Abhishek Varman, who helmed 2 States in the year 2014, is all set to make a multi-starrer film in collaboration with Fox Star Studios, Dharma Productions and Nadiadwala Grandson Entertainment. The film, titled Kalank, stars an ensemble cast of Varun Dhawan, Alia Bhatt, Sonakshi Sinha, Aditya Roy Kapur, Madhuri Dixit and Sanjay Dutt. As the cast is trying to complete the period drama, they are also keeping it light and fun on and off the set. 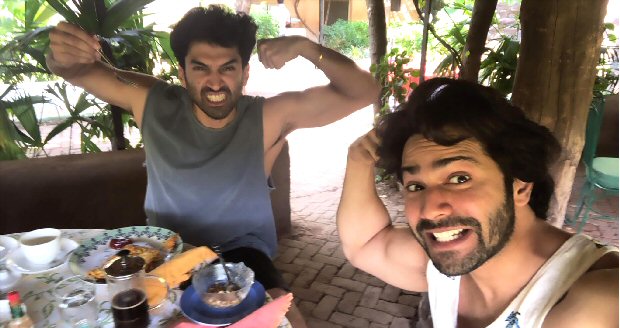 Aditya Roy Kapur and Varun Dhawan have been friends for a while now. They even toured together during the Dream Team Tour a couple of years ago. Now, starring in the same movie adds as a bonus as the two of can't stop being goofy on set. They were recently shooting in Indore for Kalank and often spent time together when off set. Their bromance is definitely fun to watch. On November 2, they wrapped up the Indore schedule and today they returned to Mumbai. Sharing a moment from the flight with Aditya and director Abhishek Varman, Varun wrote, "JASHN - 2 children with a serious man . very difficult to get our maker to be part of any picture. Wrap of another sched as now I got a big action set piece for #kalank coming up." 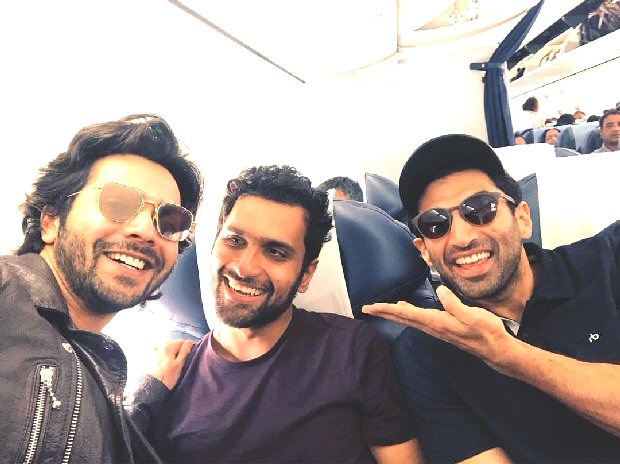 In a couple of Instagram stories, Varun Dhawan was seen hyping up the social media platform and urging the fans to get Aditya on Instagram as soon as possible. Well, we hope so it happens soon.

"Let's get him on Instagram" ???? Damn right! The bromance continues as @varundvn and #AdityaRoyKapur wrap up Indore schedule | @realbollywoodhungama