With the world celebrating Salman Khan’s 54th birthday, the actor has also welcomed his niece Ayat Sharma today. Most of the celebs in the industry took to their social media to share pictures with the star to wish him on his big day, but as usual, Sonakshi Sinha’s style was unconventional! Sonakshi Sinha debuted with Salman Khan in Dabangg and the two have successfully released the third instalment of the film last week. 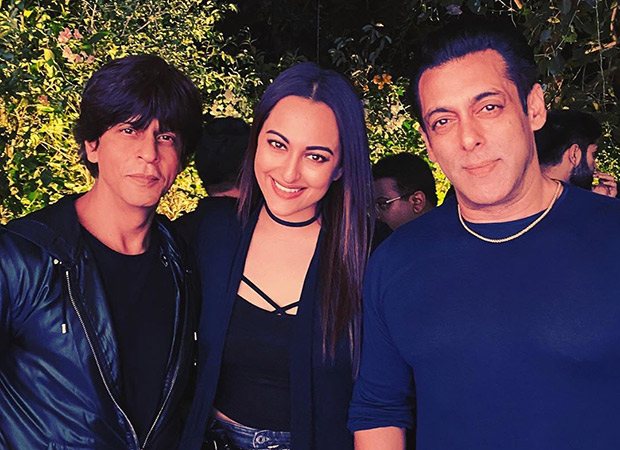 Sonakshi Sinha posted a picture with Shah Rukh Khan and Salman Khan and captioned it as, “S..S and S!!! Happy birthday @beingsalmankhan ????”. The trio looks happy as they pose with big smiles on their faces. Take a look at the picture that Sonakshi Sinha shared!

Also Read: Sonakshi Sinha reveals that people tell her they want a ‘Bahu’ like Rajjo