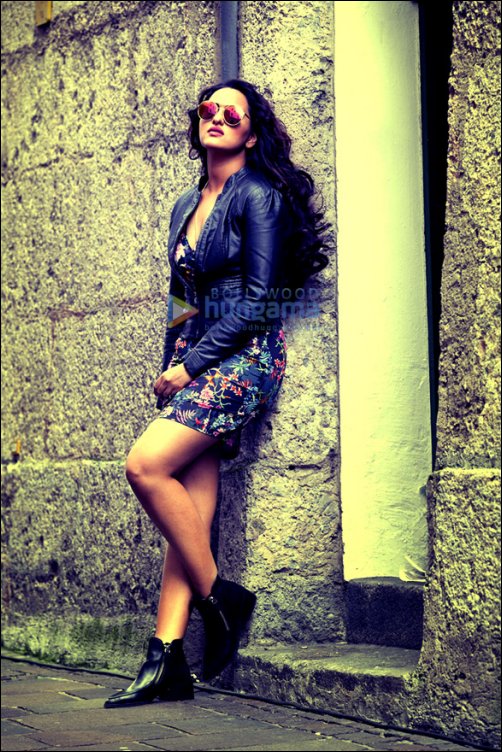 Unlike her previous films, Sonakshi Sinha has gone ultra glam for her upcoming film Action Jackson. While she has been sporting some trendy outfits in the film, it seems that the actress went a step beyond to make her look perfect for the recently released song 'Keeda', from the film.


And now what we hear is that Sonakshi Sinha has styled herself for one of the sequences in the song. Being a fashion designing student, it doesn't come as a surprise that the actress decided to dip her hands into styling herself for the film but it is also being said that she used her personal collection for getting the look right.


As seen in the picture, Sonakshi will be seen sporting a leather jacket along with the eye wear for the song, which is from her personal wardrobe. A source close to her team said, 'When we were deciding on the styling of the song 'Keeda', Sonakshi thought that her leather jacket which she loves would be a perfect fit and to add a little more chic-ness, she also wore sunglasses from her collection which we thought completed the look.'


Produced by Gordhan Tanwani, Action Jackson stars Ajay Devgn in the lead role along with Yaami Gautam and Kunaal Roy Kapur. Directed by Prabhu Dheva, the film is slated to release on December 5.