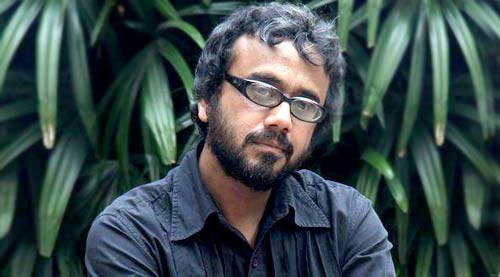 "Who was to know that my story in the omnibus Bombay Talkies would turn out to be Sadashivji's swan song? I am so glad I worked with him in Bombay Talkies. At that time Sadashivji was very busy in Marathi theatre and his social activism. But I was adamant. The character was that of a doyen of Marathi theatre. Sadashiviji fitted the bill. If I had made the film 20 years ago, I would have thought of Nilu Phuleji. Now it had to be none except Sadhashivji. I convinced him to do the role. One day I was sitting with him discussing his character when he began chatting about his experiences in theatre, about how friends who once gave up theatre because it was not lucrative now wanted his help to come back to stage. From that point onwards he took over the character. All the years of his experience in Marathi theatre and his personal interaction with colleagues who chose to go into other professions were used in the film. I'd say, Sadashivji played the cynical but not desperate veteran actor through his own experiences. He even wrote all the lines himself to suit the character. He gave so much of himself to the role I was left speechless by his dedication. He not only dug into his own consciousness to create the character's inner-life he went into classics of Marathi theatre to give his character an edge beyond what I had imagined. When we started shooting Sadashivji was all there. He would come fully prepared. The only distraction was the emu bird which played a character in the film. Every time Sadashivji said his lines the emu would come and stand next to him. Nawazuddin and I would burst out laughing. I am so glad Sadashivji would be remembered by this swan song. I don't think he depended on Hindi films for sustenance. He said he did those potboilers to keep his kitchen going. Marathi theatre was his life and breath. I wish I had time to work with him again."