Bollywood’s very own Dabangg girl, Sonakshi Sinha has become an industry-favorite with her unapologetic straightforwardness and honesty. From being a star kid to having paved her own path to success with major blockbusters, she sure has come a long way. Having previously broken the internet with her super-stylish entry on 104.8 Ishq’s What Women Want 2 with Kareena Kapoor Khan, netizens finally get to see what went down between the two divas. 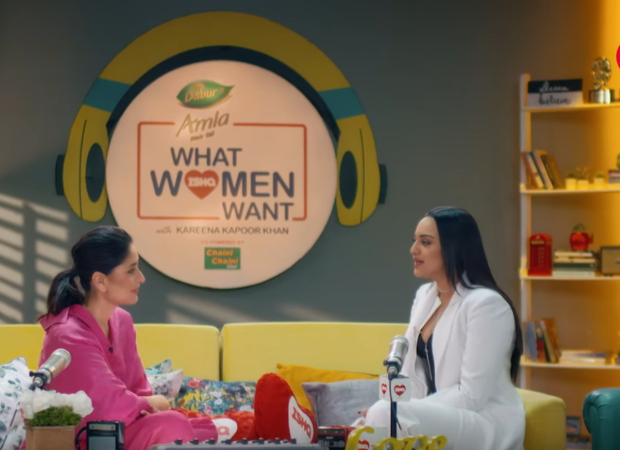 With both the leading ladies hailing from a family with a Bollywood background, Kareena dives deep into the essence of being independent while living a stardom life in the public eye. On always having somebody around you to look after you coupled with the sheer popularity of the beloved Shatrughan Sinha, Sonakshi quips, “Parents would always want their kids to be safe. But I always found it very weird. Why is there someone always accompanying me wherever I am going. When dad had become the minister, I was probably in the 6th or the 7th standard, suddenly there was heavy security, and men with guns started travelling with us. I still remember, I would go to school and a jeep filled with security guards’ carrying guns followed. The entire school was wondering what was happening. I felt so terrible that I told my mom that I wouldn’t go till you don’t stop this!”

Narrating her first taste of personal independence, Sonakshi proves that she can ‘Khamosh’ her own family for herself. She later adds onto how it was very important for her to be independent. She says, “I always compared myself to my father. When he came from Patna, he had struggled a lot. I am not even half percent there. Stories of how he bought his first house, which is still there, inspired me to also buy a house of my own. Not for anything else, I am very happy living with my parents, but because I want to do this on my own. I think every woman should have one dream of hers towards which she works leaving everything aside.”

ALSO READ: Sonakshi Sinha- “I have taken a step back and decided to do one thing at a time”