Ever since she debuted with Dabangg in 2010, Sonakshi Sinha has worked on numerous films and delivered several big successes. While she has worked across genres, her comic timing has been noted in quite a few films. However, she has never worked in out and out comedies ever.

The wait would be over though for her and her fans with upcoming release Welcome To New York which is her first true-blue laugh riot. "That's right," says a close associate of the actress, "Her comic timing has been seen in the number of films, be it Rowdy Rathore, Son of Sardaar, R... Rajkumar, Holiday, Action Jackson or Noor. However, except for Noor, each of the other aforementioned films has been an action affair with a major leading man. Still, Sonakshi has left her mark and many of these have been 100 crore successes too. What she was missing in her repertoire though was an out and out comedy which she could carry on her shoulders. Welcome To New York is one such film." 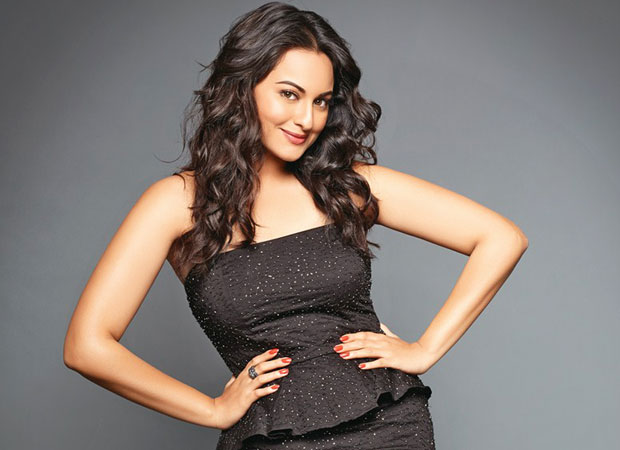 In this Chakri Toleti directed film, Sonakshi plays a costume designer who lands in New York as a lucky winner to attend IIFA awards. Her companion is another lucky winner (played by Diljit Dosanjh) and together they get into comedy of errors in New York.

"There are quite a few hilarious sequences in the film and many of these feature Sonakshi Sinha. She loves being goofy and playful, and the film has given her just the kind of platform to let loose. Be it the facial expressions or the manner in which she delivers her dialogues to the kind of body language that she brings on display, Sonakshi has come up with an uninhibited performance in Welcome To New York," our source adds.

Add to that the fact that she is surrounded by actors like Diljit Dosanjh, Riteish Deshmukh, Boman Irani and Lara Dutta, each of whom is known for their comic acts on screen, and Sonakshi had a playground available for her to come up with an out and out hilarious act.

"In her last few films, Sonakshi has played quite a few serious parts. Ittefaq was a thriller, Force 2 was an action flick, Akira was a revenge drama and Tevar was a violent love story - there wasn't much scope for Sonakshi to even smile, let alone make audience laugh. However, Welcome To New York should allow her to do all of that and more," an insider comments.

Well, we would know in a few days from now.

Also Read: Sonakshi Sinha reveals she was fat-shamed by this model