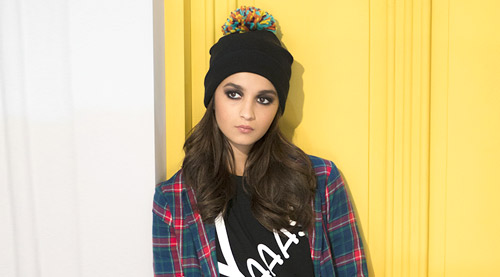 A recent article on Bollywood Hungama that spoke about Alia Bhatt talking about her social media love to a magazine had the actress claiming that 'Instagram is the new Google'.

After the same, social media started once again trolling the Gen Y actress for making a statement that, according to them, defies logic.


While several laughed at comparing a social networking site to a search engine, there were some interesting series of comments that attracted our attention as they wittily and sometimes

sarcastically decided to pin point the difference to Alia Bhatt. Here are the examples:

@Bollyhungama WtF is this? @aliaa08 Sometimes feel like you do all this knowingly??????

should start my scientific research on antiprotons on instagram then ???? would end up failing my thesis

the stupidest thing i have heard so far.??

@Bollyhungama Wtf did @aliaa08 really said that? How one can compare two extremely different things?

Josh Maddy: Another "ingenious" remark by the gifted Aaliya Bhatt.


Ashish Chhabra: Santa Banta for odlies .. she is the new ...


Zyan Jack (Works at Google): So funny, she still doesn't know difference between Google and Instagram. Oh, now she need to learn about it too.


This is not the first time where Alia Bhatt is under the social media radar. The actress has been a victim of social media trolling several times. In fact, ever since her comments on the chat show

'Koffee With Karan', several twitteratis and social media addicts took to these sites talking and commenting about her lack of general knowledge.


On the other hand, Alia Bhatt too took these trolls in the right spirit and came up with the spoof on herself titled 'Alia Bhatt: Genius of the Year' and collaborated with the stand-up comedy group