Priyanka Chopra has squeezed some time out from her otherwise packed schedules, and is now touring across India for the promotions of her upcoming release The Sky Is Pink. We earlier showed you how she indulged in some Garba while in Ahmedabad. This time, it was her turn to pay a visit to Maa Durga in Mumbai. 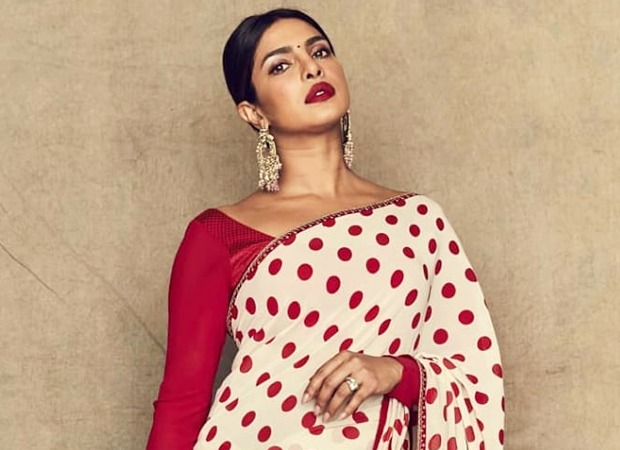 Priyanka was spotted visiting the North Bombay Sarbojonin Durga Puja pandal, dressed in a white ensemble. She wore a Rahul Mishra creation that flaunted floral embroidery all over her milky white kameez. She teamed it with a white palazzo and a soft pastel green dupatta. Truly a vision in white!

Coming back to The Sky Is Pink, the Shonali Bose directorial features Priyanka alongside Farhan Akhtar and Zaira Wasim. The film revolves around the love story of a couple, seen through the eyes of their terminally ill daughter.

The actor is also set to venture as a producer in Hollywood. Her production will be based on controversial spiritual icon Maa Sheila Anand, who recently toured India.