South Korean group BTS is prepping for their upcoming World Tour after wrapping up the promotions of their album 'Map Of The Soul: 7'. The septet is continuing their interactions with the fans (BTS Army) on their app, Weverse, and even sharing what they are doing during this time of self-quarantine! 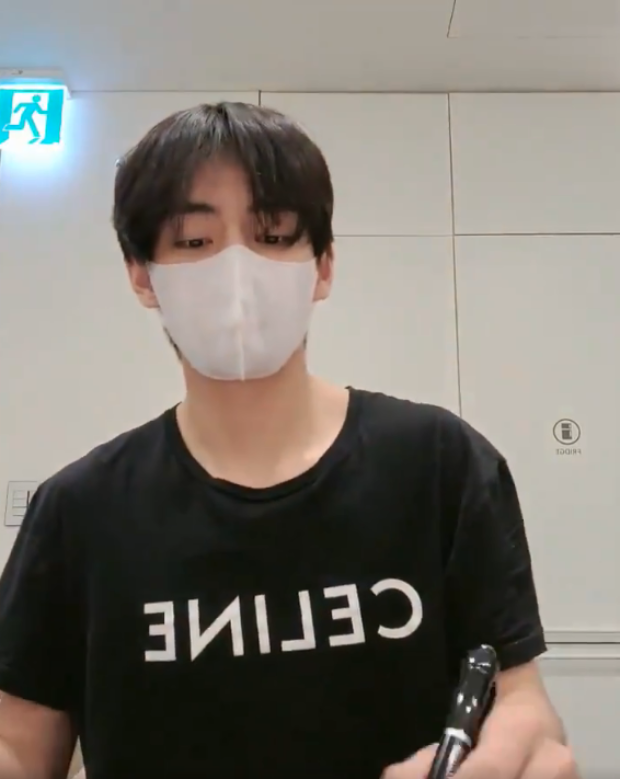 BTS vocalist V, real name Kim Taehyung, has shared a new video on their official Twitter handle while jamming to Justin Bieber's track 'Intentions' from his latest studio album, 'Changes'. V is seen signing their latest albums while vibing to the music. He wrote, "I am liking this song." Dressed in a black Celine T-shirt with a facemask on, the singer seems to be having a great time while signing the albums! Interestingly, it is also one month since the highly anticipated album released.

A day ago, he teased the fans that he is currently writing three songs! He recently released his first solo Original Sound Track titled 'Sweet Night' for a Korean drama Itaewon Class which stars his close friend Park Seo Joon in the lead role.

ALSO READ: ‘Black Swan’ music video reaction of BTS is here and it is priceless filled with humour