The aftermath of his comments on Pulwama attacks seem to have cost Navjot Singh Sidhu his career. The nation demanded a strict action against the cricketer turned politician by asking Sony TV to fire him The Kapil Sharma Show. Considering the outrage, the channel seems to be in favour of the audience and apparently Archana Puran Singh has come on board for the same. And the proof is the recent post she shared on her Twitter handle. 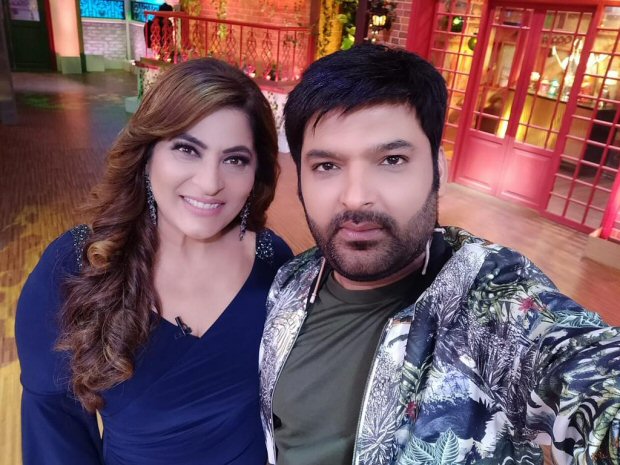 Followed by his comments on not blaming Pakistan as a nation for Pulwama attacks, the social media saw a massive uproar. Netizens threatened to boycott the ongoing The Kapil Sharma Show over these comments and there have been reports of Navjot Singh Sidhu being fired from the show since last week. The channel is said to have taken strict action against Sidhu followed by this outrage. However, when Archana Puran Singh was confronted by the media earlier regarding her replacing Sidhu on the show, the actress turned reality show judge refuted the same.

However, her recent post on Twitter claims otherwise. Archana Puran Singh took to Twitter to share a selfie with Kapil Sharma calling it 'new beginnings'. Her caption read, “On the set tonight with Kapil... great shoot with the king of comedy @KapilSharmaK9. Took a selfie break to celebrate old associations and new beginnings ! @SonyTV #KapilSharmaShow #shooting #actorslife.”

On the set tonight with Kapil... great shoot with the king of comedy @KapilSharmaK9
Took a selfie break to celebrate old associations and new beginnings ! @SonyTV #KapilSharmaShow #shooting #actorslife pic.twitter.com/tWPBuOSPzn

Yet in the current reports, Archana Puran Singh has maintained silence on her stint in The Kapil Sharma Show. When reportedly asked if she is going to shoot for The Kapil Sharma Show anytime soon, she maintained that she maybe shooting for the same. However, she has refrained from sharing any more details on the same adding that the channel would be able to respond to these speculations better.

Not too long ago, Kapil Sharma too received flak on social media for coming out in support of Navjot Singh Sidhu. The comedian host was not only trolled but netizens also threatened to unsubscribe Sony TV if the channel defends Sidhu or Kapil Sharma.