Kareena Kapoor Khan is an epitome of grace, beauty and glamour. Moreover, she is a role model for all the young moms out there, trying to balance work and kids. She made sure that her kid Taimur Ali Khan is raised without forgoing on her Bollywood career. She shot for Veere Di Wedding just after giving birth to him and is now shooting for her next, Good News with Akshay Kumar. Saif Ali Khan spoke to media recently and opened up quite a bit about his equation with his son Taimur, the way Kareena manages work and also his vision for movies he does in future. Upon asking if Bebo’s new shoot schedule allows her enough time with their son he said that she goes to shoot early in the morning and is home by afternoon to spend time with her baby! 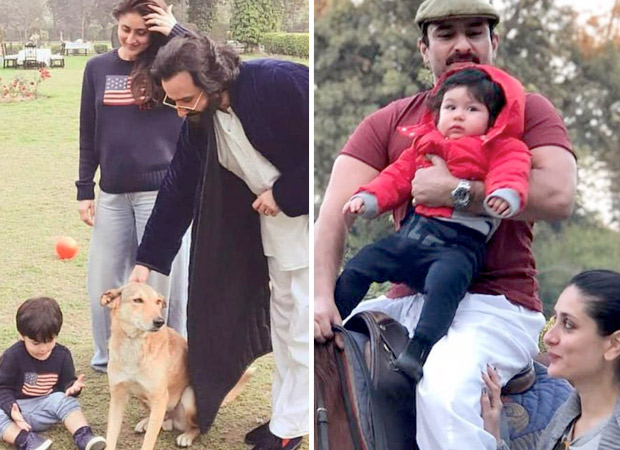 In the evenings, he said they light candles and listen to music while Taimur sits quietly with them sipping milk and soaking in the ambience! That is a perfect family portrait, we say. He also said that he hopes Taimur has the humility to appreciate his privileges. He also said that it is not easy living with the biggest internet star, his two year old son.

Saif also spoke about how proud he is of Sara Ali Khan and all credit goes to her mother Amrita Singh for the upbringing she gave her. Furthermore, the Tanaaji actor spoke about his vision for films. He said that since he has a Bengali lineage too, he would like to explore that side of himself. Saif’s next movies include Hunter, Tanaaji: The Unsung Warrior, Bhoot Police and of course second season of web series, Sacred Games.