National crush Siddhant Chaturvedi aka MC Sher rose to popularity with the path-breaking film, Gully Boy with a role that gripped the entire nation with a cult sentiment. The actor had a fanboy moment himself when met the former ace cricket coach of Mumbai Indians team, South African cricketer Jonty Rhodes. 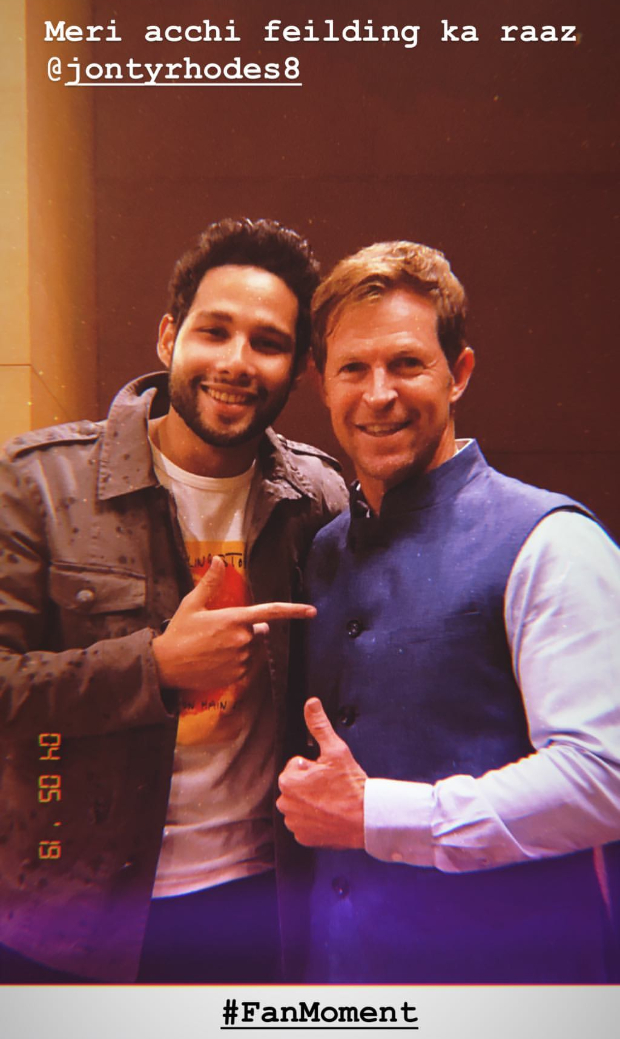 Siddhant Chaturvedi has been a huge cricket fan since childhood. The actor had always admired the former coach Jonty Rhodes and considered it a dream come true to spot talented coach, he always looked upto. The actor is just like his role of Prashant Kanaujia, he essayed in Inside Edge who is very determined yet confident along with being a warm soul like MC Sher in Gully Boy. 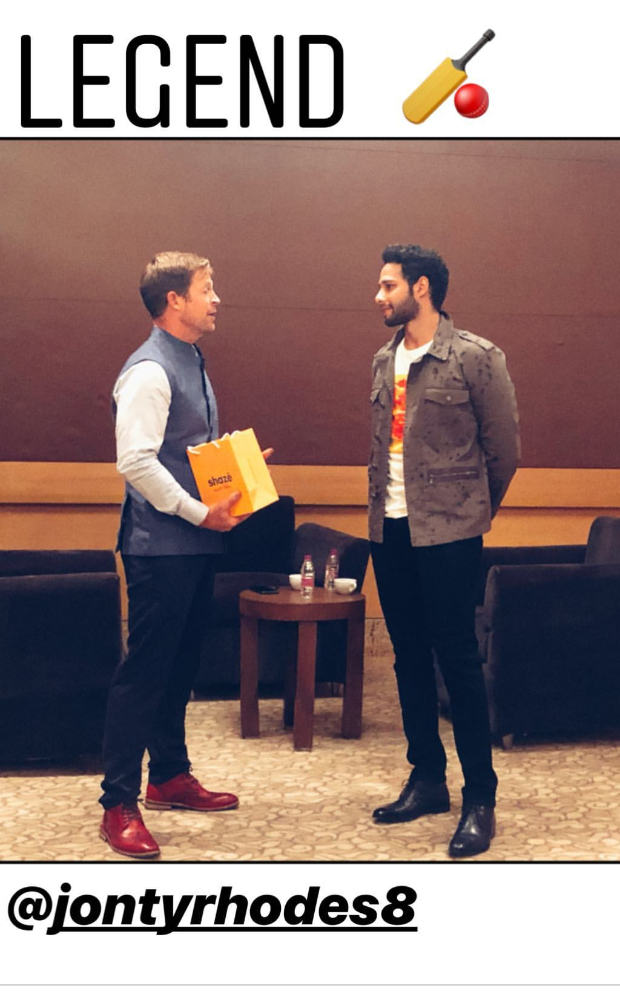 Sharing his fan-boy moment with Jonty Rhodes, Siddhant Chaturvedi was all smiling in the pictures. He wrote, "Meri acchi fielding ka raaz @jontyrhodes8".

MC Sher aka Siddhant Chaturvedi left an everlasting impact on the minds of the audience with the authentic performance as an underground rapper in the movie, Gully Boy. After receiving immense appreciation for his character MC Sher, Siddhant has admitted to choosing his scripts with great caution.