Last Updated 09.12.2022 | 11:01 AM IST
feedback language
follow us on
Bollywood Hungama » News » Bollywood Features News » Shubhaavi Choksey says, “Little did I know that the letter ‘K’ would be an integral part, professionally”

Shubhaavi Choksey, best remembered for her recent show Kasautii Zindagii Kay 2 talks about how the letter 'K' played an integral part in her career too. The whole fraternity knows that the letter K is very much eponymous to all the Balaji shows, not only now but for the past 2 decades. 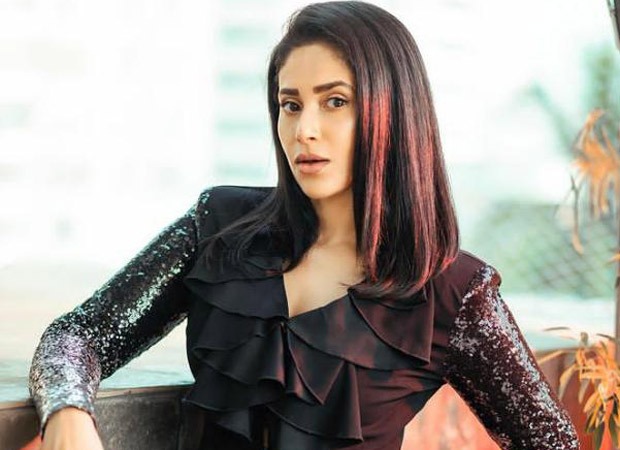 Shubhaavi Choksey says, “Little did I know that the letter ‘K’ would be an integral part, professionally”

Call it a funny co-incidence but Shubhaavi had also started her career with Balaji Telefilms show Kyunkii Saas Bhi Kabhi Bahu Thi and since then has been a part of the bandwagon and has delivered some huge hits in her career. Talking about the same, Shubhaavi says "Well my father’s name was Krishnappa and my maiden surname was Kadandale so since birth I think the letter K has been a significant part of my personal life. Little did I know that even professionally it would be such an integral part (laughs)

But more than the letter 'K' I think it is 'EK' & 'B' that has played an important role in my career. Thanks to Ekta Kapoor & Balaji for giving me opportunities time and again that I have been able to exhibit my talent. And not to forget to mention that I have been blessed to work with such great casts and crews in each and every project that has actually helped me to amplify my screen space in all these years"

Shubhaavi who was recently awarded the 'Experimental Style Diva Of Indian Television' award, is creating hysteria with all the pictures the starlet is sharing on her social media handles! After wrapping up Kasautii the actress is looking for some real challenging and unconventional roles in the webspace!

Also Read: EXCLUSIVE: Shubhaavi Choksey opens up on not wanting to do typecast roles like that of Mohini Basu in Kasautii Zindagii Kay