Giorgia Andriani is an Italian model-turned-dancer. She is all set to star in Welcome To Bajrangpur directed by Ashish Kumar Dubey and Veer Mahajan. The actress and Shreyas Talpade have started shooting for their film which is said to be a comedy movie. The film is produced by Anjum Rizwi. 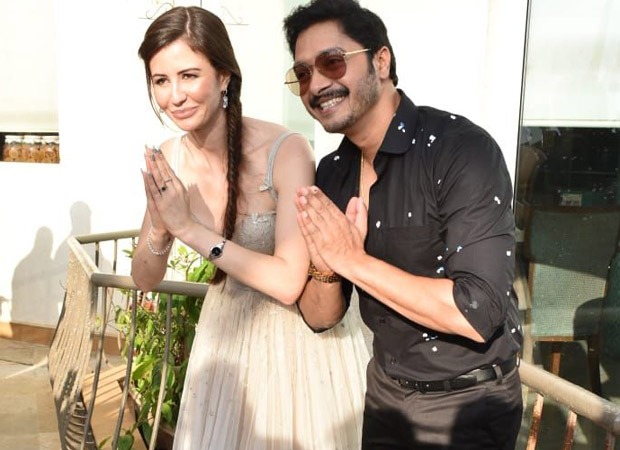 The film has commenced its shooting on 26th July and is being made under the label of Mad Films Entertainment and Anjum Rizvi Film Co. (ARFC). The director, writer, producer of the film Ashish Kumar states, "When I was writing the script I had thought of actors like Shreyas Talpade Sir and Giorgia Ma'am and they fitted perfectly for my film. They all loved the script when I narrated it to them."

Welcome To Bajrangpur is a comical and content-driven film that has a perfect cast like including Giorgia Andriani, Shreyas Talpade, Tigmanshu Dhulia, and Mohammed Ali, all are an institution of comedy themselves.

On the work front, Giorgia Andriani made her debut in the South with the series Karoline Kamakshi. The actress was seen with Mika Singh in his music video recreating the evergreen song Roop Tera Mastana.

ALSO READ: Arbaaz Khan says he gets uncomfortable when Giorgia Andriani is referred as his girlfriend, says she has her own identity