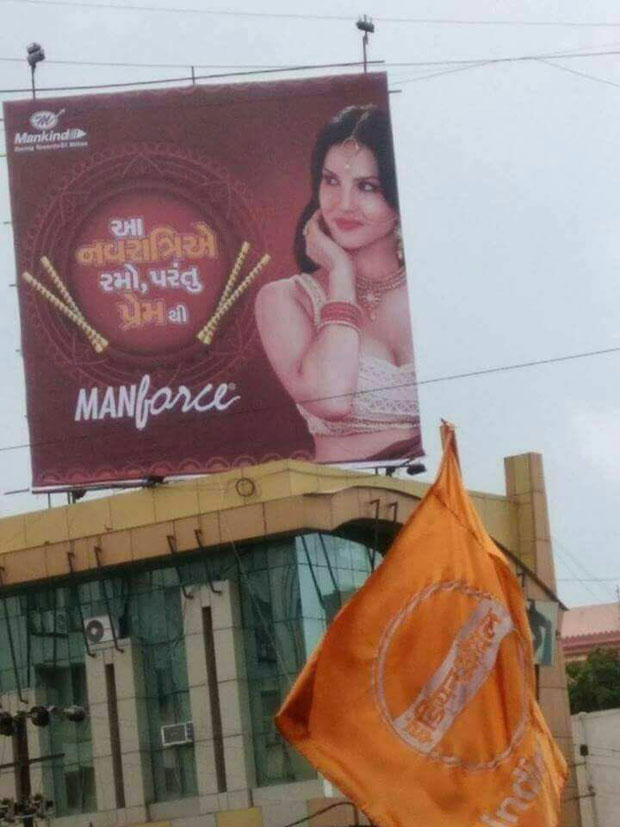 The Confederation of All India Traders has sent a letter to Ram Vilas Paswan, Minister of Consumer Affairs, seeking a ban on an advertisement of Manforce, a contraceptive company. Several billboards featuring Sunny Leone in their latest campaign have been spotted in Surat that reads "Aa Navratri a ramo, parantu premthi’ – Play but with love, this Navratri."

In the letter sent to Paswan, CAIT appeals the minister to take action against the manufacturer along with Sunny Leone. They have called it "clear irresponsible and immature attempt to boost sales by putting all our cultural value system at stake". It was also reported that Surat-based group Hindu Yuva Vahini also staged a protest at one of the locations where the billboard was placed.

Sunny Leone, who has done several campaigns for the brand, is yet to respond on the controversy in Gujarat. 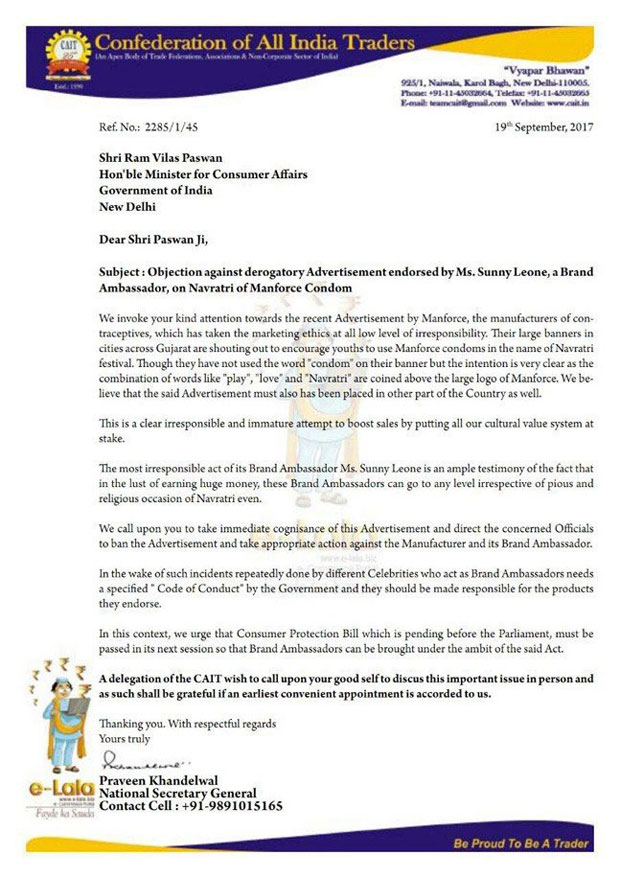