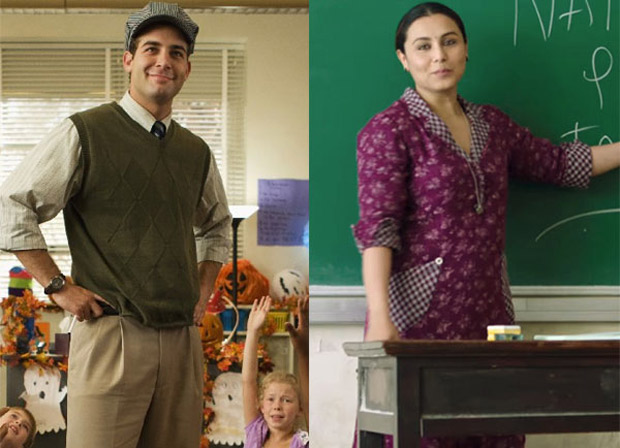 In today’s times, getting inspired or straightaway lifting a Hollywood or Korean film is quite a suicidal move. In the 90s, the number of viewers watching Hollywood or other forms of world cinema was very miniscule. Hence, filmmakers could get away by ripping off a foreign film and Indianizing it to suit the desi sensibilities. Also, social media wasn’t present. But in the last decade, audiences have been exposed to films all around the world. Within no time, it gets exposed if a film has been copied. Remember Barfi in 2012 and how within a day of its release, the entire list was out of the scenes that it had shamelessly lifted?

A repeat of this episode happened yesterday when Yash Raj Films released the trailer of Rani Mukerji-starrer Hichki. It deals with a novel concept of a woman suffering from Tourette Syndrome, because of which her speech is riddled with involuntary hiccup-like sounds. Despite this condition, the woman wants to be a school teacher. As soon as the trailer was out, the internet was abuzz that it’s eerily similar to the 2008 Hollywood film Front Of The Class. It is inspired by the life of Brad Cohen, who in reality suffers from Tourette Syndrome. In both the films, the lead protagonist suffers from this condition and yet, wants to be a teacher. Both the protagonists can be heard saying that teaching is the only profession they want to pursue! The similarities are too many to ignore.

The Western studios have also set up offices in India and they have sued films like Knock Out, Banda Ye Bindaas Hai etc. (the latter never released due to legal matters) after it came to light that both were heavily copied. This along with the heavy trolling are the major reasons why filmmakers now prefer to buy rights and then remake the film. Still, films have got into rip off controversies in recent times like Ek Villain, NH10, Udta Punjab etc.

Front of the Class movie was remade in India. Check out the official trailer for Hichki. Exciting stuff. Movie comes out in February. https://t.co/Pe2CgFMaE6

Interestingly, Brad Cohen yesterday tweeted the trailer link of Hichki from what seems to be his official account and added that Front Of The Class has been remade in India. Does that mean Hichki makers have bought the rights of Front Of The Class before the film went on floors? If this is the case, then the question arises that why are the Yash Raj Films hiding this aspect? Usually, the credits list in the end of the trailer has a mention of the film from which the movie is question is inspired from. The credits in Hichki trailer have no reference of Front Of The Class. The four writers credited for the story and screenplay are Sidharth P Malhotra (also the director), Anckur Chaudhry, Ambar Hadap and Ganesh Pandit. Yash Raj Films makers should have been aware that within few minutes, it will be out that Hichki and Front Of The Class look too similar and that would add to the negative publicity. Hence, they should have made it clear at the very onset that Hichki is an official remake, if it is, at all!

Interestingly, this is Siddharth P Malhotra’s second directorial venture and his first film, We Are Family, was also a remake, an official one, of Stepmom.