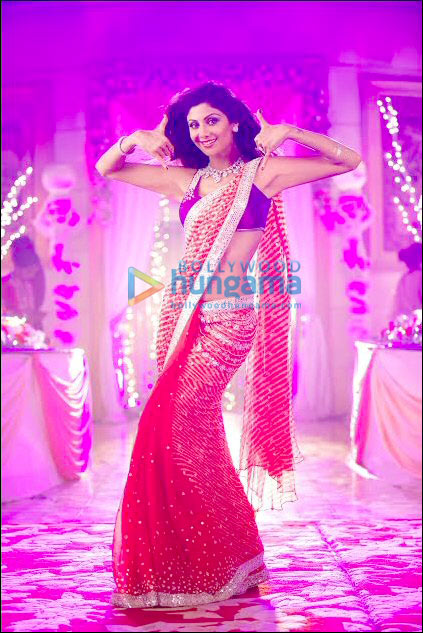 Come November, the season of engagements and marriages fills the air. In such an 'atmosphere' how can Bollywood be far behind? In tune with the season, T-Series' head honcho Bhushan Kumar, has unveiled a special shaadi number tilted 'Wedding Da Season'. The song will see Shilpa Shetty enthralling the audiences with her classic 'thumkas'.

Shilpa Shetty will be seen donning three different kinds of look (Gujrathi, Punjabi and Maharashtrian). The said song was shot on a large scale in Mumbai in just two days. Besides choreographing the song, the ace choreographer Ganesh Acharya will be seen doing a cameo in the song.


'Wedding Da Season' has been composed by Amaal Mallik is sung by Mika Singh and Neha Kakkar.

Shamita Shetty is an overjoyed aunt as…

Adnan Sami all set for a comeback with…

"Malang is about being intoxicated with…