Only a select few actors are able to develop the type of fan base Shanaya Kapoor has before making her film debut. The actress gained attention earlier this year with a launch announcement backed by Karan Johar and Dharma Productions, and the buzz hasn't subsided since. Shanaya deserves a lot of the praise for her flawless sense of style. We have to acknowledge that Shanaya already has the appearance of a star as she gets ready for the job she desires. Shanaya has been bringing that to the table with her show-stopping style, which is best characterised as a fusion of millennial and old-world glam. She has been offering wearable styles that prioritise classics above trends with her fondness for basic colours, sharp cuts, and airy layering. Shanaya has dominated our style list for just this reason. 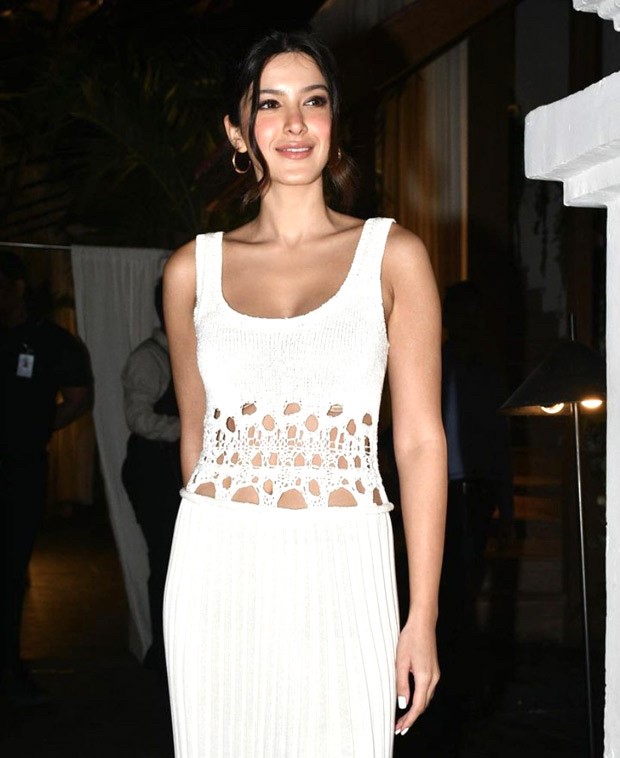 On Friday night, Karan Johar gathered a few friends at his residence. Shanaya Kapoor arrived to the party as well, and she looked lovely. In the midst of October, Shanaya stunned us by choosing an all-white crochet ensemble from Christopher Esber's racks. She gave us some summer fashion goals. The strappy dress featured a deep V-neckline, cut-out crochet work around the midriff, and a pleated bottom. Her monotone attire was given a fashionable edge by the dramatic thigh-high side split and her vibrant green heels by Alexander Wang. 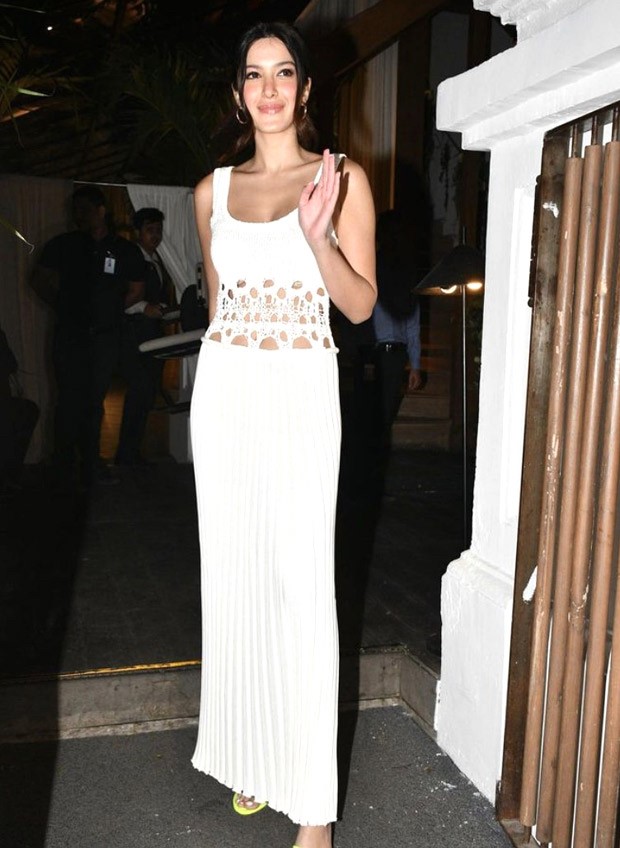 Shanaya opted for a simple pair of silver hoops and little jewellery. Shanaya went for a soft glam look that included a dewy base, flushed cheeks, glossy lips, and stunning eyes for her makeup and hair, respectively. Her cleanly painted white nails contributed to her aesthetic as she completed the outfit.

On the work front, Shanaya is all set to make her Bollywood debut with Bedhadak. Karan Johar’s Dharma Productions will launch Shanaya in the film which will also stars Gurfateh Pirzada, best known for Netflix original Guilty, and another newcomer, Lakshya Lalwani. It will be directed by Shashank Khaitan. The characters of the movie were introduced by the filmmaker on his social media earlier this year. Shanaya was introduced as Nimrit as Karan shared her first look in the movie. 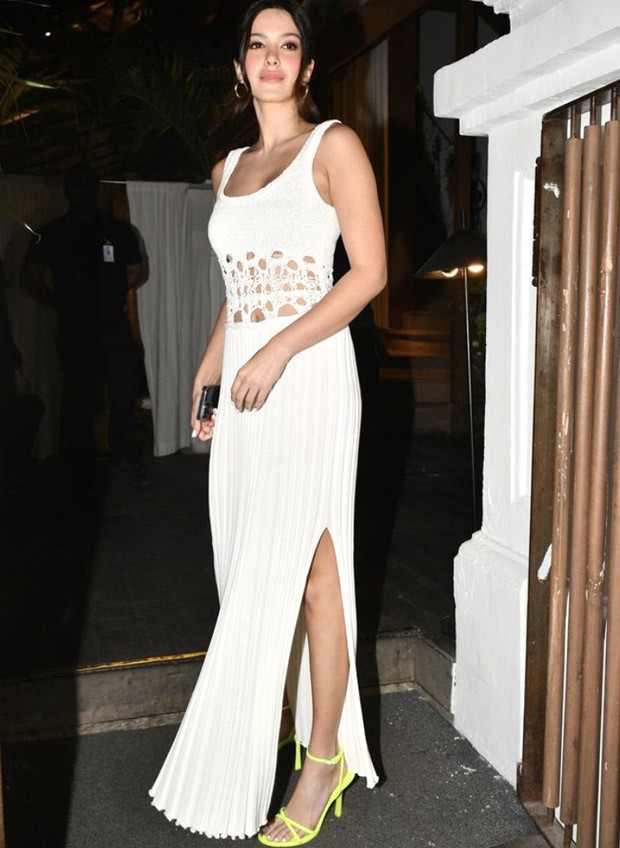