The biopic on the ‘human computer’, the  mathematics wizard Shakuntala Devi is being  presented as a story of a mother-daughter conflict. 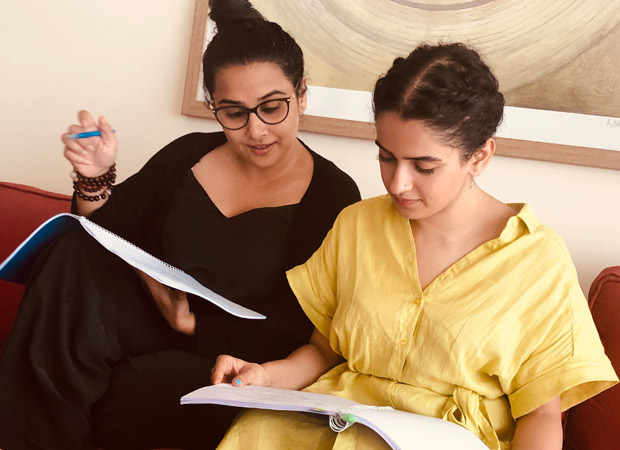 A source in the know reveals, “The producers decided to not simply make a biopic on Shakuntala Devi’s mathematical genius. It would have been too boring to simply focus on her work.They wanted to make a film like Theodore Melfi’s Hidden Figures where the personal lives of the ladies cuts sharply into their professional.”

Sanya Malhotra, who is cast as Shakuntala Devi’s daughter, has a role as pivotal as Vidya Balan. Apparently, the mother-daughter conflict will provide a dramatic relatable core to the film.

Says a source, “Rather than make it a one-woman show like the Jayalalithaa biopic featuring Kangana Ranaut, the producers and director of Shakuntala Devi have given equal prominence to her home life, her daughter played by Sanya, her son-in-law played by Amit Sadh and her husband Jisshu Sengupta.”

Apparently, the decision to enhance the scope of the biography came after seeing the poor response to single-character biopics like Thackeray and Manto and the far better public response to biopics with a multiplicity of characters like Mission Mangal, Padman. Even Kabir Khan’s ’83 will be a Kapil Dev biopic but with other cricketers getting a perceptive position in the plot.

Also Read: Amit Sadh wraps up shooting of Vidya Balan’s Shakuntala Devi – Human Computer, glad to be in the company of an all-women team